16 Jan You can’t have your cake and eat it, too

It’s a lot of fun when you work in a venue where you can get together with colleagues to share anecdotes, ask questions, and learn new things to help you be a better interpreter. I was with some fellow interpreters recently talking about sayings in English and how best to translate them. The one about having a cake and eating it came up. As native Spanish speakers, we could not figure out why you could not have a cake and eat it too. Why would taking a bite out of your cake prevent you from having a cake? Then, of course, we looked up the meaning of that saying, and it turned out that the “eating” did not refer to a single bite but to eating the entire cake; hence, were you to eat the cake, it would be gone, and you would no longer have a cake. As we pondered on possible Spanish-language equivalents, it became clear that what the saying meant was that you could not engage in two incompatible activities, such as “dar Misa y repicar campanas” [be in the chapel and the bell tower at the same time.] It was also about not being able to engage in things that were mutually exclusive. 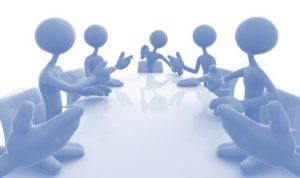 Unions are usually defined as bargaining units of employees who have a common employer with whom they can engage in negotiations for certain working conditions and employment benefits. The concept of labor unions dates back to the Industrial Revolution and the need to protect workers from abuses by industrialist capitalists. Unions were an avenue to rebalance the power disparity between labor and management and to this date continue to play that role. However, independent contract interpreters are not someone else’s employees. As business owners, everyone who receives the services of an independent contract interpreter is a client, not an employer. You negotiate your contract for services directly with your client: how much you want to charge, your minimum fee, your cancellation policy, and so forth. That is a one-to-one business relationship. I can’t imagine interpreters joining a union to negotiate working conditions with a law firm wanting to hire their services, so why the courts? 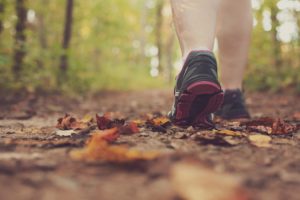 What make the courts different from other clients? Many independent contractors happen to work almost exclusively for a single court unit. Going to the same place to provide professional services day in and day out may feel like a regular job… but it is not! You can say “no” at any time and never go back, or you can take a few days to cover an assignment elsewhere, or you can just go on vacation. What about benefits? Well, that’s included in the whole concept of “having your own business”: you have to budget for things like health insurance, emergency savings, retirement and, yes, vacations. While it is true that there are fewer full-time positions for interpreters than there are “employable” interpreters, by choosing this profession you must have factored in the very high probability that you will have to work as an independent contractor. On the other hand, many independent contractors relish their freedom and would never dream of being tied down to a job in which they need to ask permission if they want to do something other than go to work on any given day.

I fail to grasp the compatibility of being an independent professional and joining a union. If you become part of a bargaining labor unit that has the courts as your “management” unit, doesn’t that automatically—or at least implicitly—mean that you are no longer your own boss? Doesn’t that mean you are no longer “independent”?

Now here’s the other thing that is different about the courts. Contracting with the courts—which are part of the public sector—is not the same as contracting with the private sector. In the latter, you set your own contractual terms and the client can take them or leave them. If they accept your terms, you provide your services. If they don’t, you don’t either. Simple. With a government entity, they are the ones who set the contractual terms and you can either take them or leave them. Why? Basically because they are managing public funds and have both lawmakers and taxpayers to answer to. Government contracts are strictly regulated, and public spending is closely monitored. Interpreting services for the judiciary fall under the “public spending” category. That does not mean we have to agree to work for peanuts. What it does mean is that we have to know how to navigate the system and go to the source of the budgeting problem: the lawmakers.

The authority to provide proper compensation and other operational conditions for expert service providers like interpreters comes from the top, not from local courts. The power rests with the high-ranking judicial officers who set policy and the lawmakers who control the purse strings. Forming unions is not going to move the needle at that level. If anything, it would reinforce the image of interpreters as low-in-the-totem-pole workers. So perhaps forming unions is just barking up the wrong tree. Perhaps independent contractors should be organizing in a different way that can get the eyes and ears of the real decision-makers.

In any event, I just don’t think you can be your own boss as an independent contractor and also have someone else be your boss if you are part of a union’s bargaining unit. You just can’t have your cake and eat it too.

14 thoughts on “You can’t have your cake and eat it, too”