21 Feb Team Interpreting is a Matter of Due Process

“Title VI of the Civil Rights Act of 1964 prohibits recipients of federal financial assistance from discriminating based on national origin by, among other things, failing to provide meaningful access to individuals who are limited English proficient (LEP)” (lep.gov). In state courts, where Title VI of the 1964 Civil Rights Act and Executive Order 13166 are applicable—including all the Department of Justice (DOJ) guidance on the applicability and enforcement of the law—Limited English Proficient (LEP) individuals have a right to quality language services by competent interpreters. Only by providing such services can the right to due process of LEP defendants in criminal matters be duly safeguarded. Due process means being informed of all charges against you in a language you can understand, being able to communicate with your legal counsel and assist in your own defense, and understanding everything that takes place during any court proceeding against you—not just testimony. In federal court, this mandate emanates from the Court Interpreters Act (28 U.S.C. 1827), which created a certification process for interpreters so defendants could understand all proceedings against them.

These legislative initiatives did not happen in a vacuum. The federal law that mandated the certification of interpreters back in 1978 came about as an indirect result of the case of U.S. Ex Rel Negron v. State of N.Y.  [434 F.2d at 389] in which the U.S. District Court for the Eastern District of New York ruled that a “defendant who spoke no English, and [sat] in total incomprehension as the trial proceeded, was not sufficiently ‘present’ to satisfy the dictates of the Sixth Amendment.” Furthermore, the Negrón court noted that the confrontation clause of the Sixth Amendment was made applicable to the states, via the Fourteenth Amendment.

Before the Negrón case, in 1973 the First Circuit in the case of U.S. v. Carrion [488 F.2d 12 (1st Cir. 1973)] had also ruled that “whenever put on notice that there may be some significant language difficulty, the court should make such a determination of need [for an interpreter].” In a 1974 case, State v. Natividad [111 Ariz. 191, 194, 526 P.2d 730, 733 (1974)] the Arizona Supreme Court ruled that “A defendant’s inability to spontaneously understand testimony being given would undoubtedly limit his attorney’s effectiveness, especially on cross-examination. It would be as though a defendant were forced to observe the proceedings from a soundproof booth or seated out of hearing at the rear of the courtroom, being able to observe but not comprehend the criminal processes whereby the state had put his freedom in jeopardy. Such a trial comes close to being an invective against an insensible object, possibly infringing upon the accused’s basic ‘right to be present in the courtroom at every stage of his trial’.” [Cites omitted. Emphasis added.]

Subsequent to the Court Interpreters Act, we have two other interesting cases that have a direct bearing on the LEP defendant’s right to an interpreter in order to protect due-process rights. In the 1993 case of U.S. v. Mosquera [816 F. Supp. at 174-76],  a “district court ordered the government to turn over a copy of the indictment translated into Spanish and additionally ordered that ‘[a]ll documents, except motion papers and original evidence’ be translated.” A very enlightened judge in that case further quoted the defense attorney concerning the “difficulties encountered by non-English speaking defendants facing our judicial system” who addressed how “[t]he cultural differences are . . . dramatic between what we monolithically construe as our Anglo-Saxon or Judeo-Christian or American system, [and foreign cultures]…”

Then, in 2000, the Court ruled in United States v. Febus, 218 F.3d 784, 791 (7 Cir. 2000), that “[o]ne of the purposes of the [Court Interpreters Act] is ‘to ensure that the defendant can comprehend the proceedings and communicate effectively with counsel’ through the appointment of an interpreter’.”

The right to an interpreter is not just an empty mandate to assign some warm body who may or may not be able to provide accurate and complete interpretations of everything an LEP defendant is entitled to understand. The right to an interpreter is a fundamental constitutional right emanating from the Fifth, Fourteenth, and Sixteenth Amendments of the U.S. and state constitutions with similar provisions. If the interpreter is not competent, an LEP’s rights are not protected. If the interpreter starts to make mistakes because of mental fatigue, the defendant’s right to due process are no longer protected. We know from the academic research and literature in the field that mental fatigue for interpreters starts to set in somewhere between forty-five minutes and two hours of simultaneous interpreting, depending on the difficulty posed by the source-language speakers, their speed, volume, the technical versus non-technical contents of their discourse, and the acoustic conditions in the courtroom or availability of equipment so the interpreter can hear all speakers. The pilot study by Barbara Moser-Mercer et al in 1998 “include[s] a recommendation that simultaneous interpreters not work alone for longer than approximately 40 minutes for a single speech or short meeting and that they take turns roughly every 30 minutes when working all day meetings.” 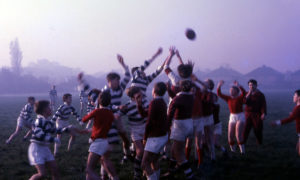 A team of interpreters is therefore intended to protect the target-language listener from the human failure that will inevitably set in after an interpreter has been working non-stop for an extended period of time. Once mental fatigue sets in, interpreters lose the capacity to self-monitor and, therefore, to know whether or not they are being accurate. (See Winter 1997 Proteus.) This jeopardizes the LEP defendant’s due-process rights. Just like the appointment of a competent interpreter for an LEP defendant is a matter of due process, so is having a team of interpreters during prolonged proceedings to prevent interpreting error due to mental fatigue. Meaningful access is not a matter of appointing a single interpreter who will not be able to fulfil the task of full and accurate renditions for the LEP defendant after a certain period of time working alone. Working in teams for prolonged proceedings is the only way an LEP defendant can have meaningful access as required by law and the protection of his or her Constitutional due-process rights.

11 thoughts on “Team Interpreting is a Matter of Due Process”