11 Jul Interpreters Are Not Tools

There is a rather distorted perception held by some legal professionals about the role of interpreters in courtroom proceedings or even outside of court. They believe interpreters are tools, like a microphone or a laptop computer, things they can use for whatever purpose they have in mind at the moment. They do not understand the complexities of the interpreting process, they do not realize the enormous cognitive load imposed on the human brain by language transference processes and, consequently, they have no appreciation for the work interpreters do.

I do not mean this to be a blanket description of all legal professionals, because there are some who do understand, do realize, and do appreciate. What’s more, it would be wrong to assume those attitudes and behaviors we perceive to be dismissive as either willful or malicious. Far from it. I am pointing out what could be mostly natural response to how language professionals work – our clients see only the tip of the iceberg when it comes to all the work we do while standing in that courtroom and interpreting all proceedings.

It is incumbent upon us to educate our clients in whatever creative ways our different situations allow us to because too often the conduct and attitudes of legal professionals suggests a misperception of interpreting as merely hearing one word in one language and finding that word’s equivalent in a second language. Law, as a discipline, is essentially language based, unlike other disciplines like archeology or civil engineering. Laws exist because they are written and codified by lawmakers, and legal precedents are set by judges and justices who write extensive opinions on some legitimate controversy. Words in law become actions, like sending someone to jail or releasing them from custody. Law is all about language. And yet, there seems to be very little awareness among legal professionals about the extent to which “precise concepts that underlie a particular word or phrase as used in one society are therefore almost bound to differ from their counterparts in a second language.” (Morris 1999, 7)

Laws in one country are not going to be like the laws in a different country, because they reflect a particular society’s way of self-organizing and self-governing. Consequently, legal concepts are going to be dissimilar, even when they belong to a similar tradition, like common law or civil law—now referred to as Continental Law in Europe. Nevertheless, judges expect interpreters to transmit legal concepts, such as a departure from the sentencing guidelines or a voluntary departure for an undocumented immigrant, as if everyone outside their own limited speech community of law professionals could understand the subtleties in meaning that differentiate those concepts.

Not only do they seem to be oblivious at times to a much wider segment of society that is not familiar with legal concepts, they also seem to be equally unaware of the extensive populations of Limited English Speakers who may lack any such legal concepts in their own languages. Interpreters are caught between the proverbial rock and hard place because they have been trained and told time and time again that they cannot be concerned about such conundrums. They are tools to be used by the courts and, therefore, interpreters are barred from analyzing and arriving at language-based solutions grounded on their own expertise when there are evidently no open-and-shut solutions for a legal concept they must convey in a foreign language. They seem to be barred, as well, from considerations of legal style that make courtroom discourse that much more challenging, such as long, complex, and redundant sentences, conjoined phrases, and other “conventions that differ from ordinary [language], such as the one-meaning-one-form principle (. . .) and the repetition of nouns where in ordinary [language] the second and later occurrences of the noun would be replaced by a pronoun.” (Azuelos-Atias 2011, 42.) All they can do is repeat, repeat, repeat. 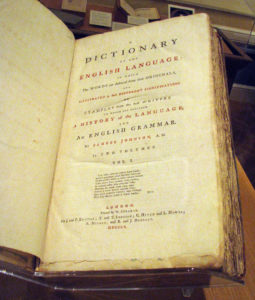 If interpreters are to gain any respect as professionals in legal settings, the most fundamental step is to further their own knowledge of the highly specialized nature of the work they perform, and then educate everyone else about the true nature of interpreting in legal contexts. All judges and lawyers should know that interpreting is not a flash card you flip to find the word in the other language that means the same thing, but it is essential that when educating legal professionals, interpreters demonstrate what sets a professional apart from a bilingual speaker. What are those complex cognitive processes? What are the challenges interpreters overcome every single day?

One prominent researcher has found, for example, that “[s]imultaneous interpreters are vulnerable to conditions where total processing capacity requirements are high, be it for a whole speech or for a given speech segment. Such conditions may occur when speeches are dense, fast, spoken with an accent or a type of logic with which the interpreter is not familiar, when they contain multi-word names or unfamiliar names, numbers, enumerations, etc.” (Gile 2008, 60.) Courtroom discourse is certainly one that requires a high processing capacity with its dense contents and often fast rate of speech among court participants. Finding the science that supports our contentions is not difficult, but it does require a willingness to seek the sources and learn on our own.

As opportunities arise, legal professionals can be enlightened about the different grammatical structures between languages, particularly those that do not belong to the same linguistic family. They should be at least minimally conscious of the different social architectures in other countries that produce highly divergent legal concepts. Interpreters must be allowed to use their own judgment, based on their extensive knowledge and expertise, to find the best way to express a thought in a target language so it makes sense to the listener.

Interpreters are not inanimate tools for judges and lawyers to manipulate as they see fit. Interpreters are language experts, and it is incumbent upon each one of us to convey that message through our own professional development as well as our demeanor and performance in every courtroom and beyond.

Azuelos-Atias, Sol, 2011. “On the incoherence of legal language to the general public.”  International Journal for the Semiotics of Law, 24:41-59.

Main photo from “Typewriter” (cropped) by Konrad Gutkowski and Katharina Hoffmann at Sounds of Changes, under a Creative Commons Attribution 4.0 International License. Body photo “Samuel Johnson” by rocor at flickr, under CC BY-NC 2.0.

15 thoughts on “Interpreters Are Not Tools”