This article by Jennifer de la Cruz was originally published in August 2014. We thought it was especially relevant after Athena’s piece on sight translation.

This is a new aspect of what we do in court interpreting. When Facebook and Instagram and even text messaging were new around here, not many of the folks I interpreted for on a daily basis were fans. In fact, it wasn’t until recently that I started to notice a surge of non-English social media messages and texts being presented as evidence in court, especially as part of informal hearings. The challenge of personal messages is taken to the next level with abbreviated text, quick quips, rapid-fire exchanges, and selfies to boot. 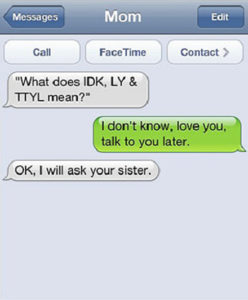 Dealing with this can be difficult, depending on who presents the evidence and under what circumstances.When I work on a case where the party introducing the evidence is represented, there is at least some hope that the message in question will have its proper translation all neatly prepared ahead of time. This is the more formal hearing type. In less formal hearings where parties appear without representation, the offending Facebook post or text message is often brought up last minute on somebody’s cell phone. I’m then expected to quickly understand the abbreviations, undertones, and context since informal hearings are often about immediate issues of safety and potential loss of freedoms. Surely I’m not the only one who has noticed how difficult it can be to accurately render such language and meaning into everyday English.

What do our ethics say about sight translation in general? We are told to take the time to read and understand, and to ask for a break or recess if we need to look things up. Such a request is probably expected with documents that have some degree of length or formality, but even a short series of messages interspersed with sarcasm, insults, disguised threats, and the lot, often reach far beyond our ability to meet the perceived expectation to quickly begin sight translating.

I have never seen an entry in a training manual that deals with how to handle double meanings, misspellings, shorthand, and sarcasm in a text message or as part of a status update. I’m sure our judicial officers would appreciate the time savings if we could jump right in without missing a beat when a teeny-tiny text message needs to be rendered into English, but in order to truly capture meaning we may need to go back a few messages just to get the context.

This new trend raises a lot of questions that are truly worth taking pause to ponder: If we are asked to just sight translate just one message out of many in a thread, is there a nice, succinct way to explain our need for more context? How should we stop between messages to note the change in speaker? Is it considered proper to hold the phone ourselves? How to best call attention to the informal nature of abbreviations or common misspellings, if at all? Are there suggestions we could make to a judicial officer about better conditions for an accurate performance? How flexible should we be and where do we draw the line to prevent ourselves from becoming advocates?

Now that’s something worth discussing. What say you? 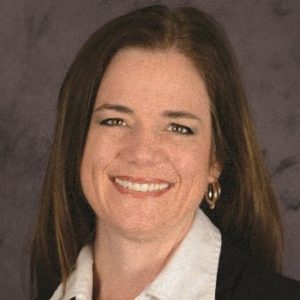