16 May A Threat to Our Profession

A few decades ago, “language access” was not really a phrase. Litigants who did not speak English were frequently left in the dark as to their own judicial proceedings, and this carried severe consequences.

The evolution of court interpreting as a profession has relied on the dedication and persistence of various movers and shakers. Our profession is still young, and it is still far from perfect. However, thankfully in most places it is no longer common practice to simply drag a bilingual person off the street for the day and ask them to tell the hapless defendant what is happening in a broken version of whatever their language may be.

A defining characteristic of a profession is its code of ethics. Across the nation, we now have interpreting standards that bind us together in the work that we do. We have fought hard, first to have certification exams at all, and then to have those exams recognized. This has translated to a fairer judicial process for people who are Limited English Proficient (LEP) and an incentive and compensation for those of us who embark on this harrowing career in the first place.

In California, these standards are now under threat.  The Judicial Council is moving to broadly permit judiciaries to outsource interpreters’ work to out-of-state/country providers who are not vetted by a state body. This hurts everyone: the interpreters in California, LEPs, and everybody who works with them. It even hurts the people who are uncertified and may accept assignments beyond their skill level, exposing them to risky liability and ultimately lowering the possibility for everybody to earn a wage that incentivizes the broadening of a career to include certifications that take time and discipline to achieve.

Why is it that our field routinely faces this kind of quandary? Doctors and lawyers, whose professions are well-regulated and sealed tight from interference by unskilled, unverified providers, are never the target of such sweeping legislation. Is it that the work of us language professionals is considered to be easy? After all, everyone uses the spoken word without even thinking about it, and most people with a college education can write decently well; translators and interpreters just happen to be able to do both of these things in two or more languages. Nothing special, right?

Whatever the origin of such misconceptions may be, the Judicial Council’s proposal is the perfect recipe for undercutting the profession and, by extension, everyone who works with it – doctors, lawyers, judges, and defendants alike.

Cost is regularly cited as an excuse. But if the costs of using a certified professional are deemed too high, a simple argument ought to calm such fears. In the aviation world, the saying goes, “If you think hiring a good aircraft mechanic is expensive, try hiring a bad one.” Hiring a competent professional, whose skill level has been officially confirmed through rigorous testing, is a form of insurance. You could very well hire an unverified professional, and the outcome may be very good. But it may also be bad – very bad. And in a judicial setting, with so much at stake – a person’s personal freedom in a criminal case, or millions of dollars in a major lawsuit – it’s not enough to say: “Well, if the interpreter is no good, we’ll just hire another one.” The mistakes leading to such a decision may cause incalculable damage in the interim. 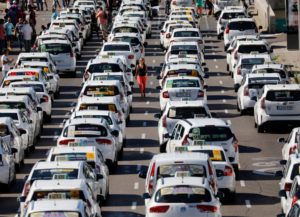 Moreover, this present concern is very much unlike when we all saw taxi drivers protesting in droves, faced with the onslaught of Uber (remember?). On the one hand, the taxi drivers had every right to be indignant: they had to pay sky-high fees and work around a bunch of red tape to be able to drive their cabs. Then, here came private individuals with a smartphone and a car, stealing all their customers. Their frustration was entirely justified. But at the same time, it was difficult to make a compelling case in the taxi drivers’ favor: the customer went with what was less expensive (the Uber driver), with very few consequences to his or her personal safety or ability to get from point A to point B. A taxi driver may need to pay hefty licensing fees and have to get through much red tape, but the end result for his customer is very little different from what the customer would get by going with an Uber instead. Not so for the certified or uncertified, unverified language professional. In this case, it’s more like the new cab drivers don’t have a driver’s license at all. Now, that’s a scary thought.

Earlier, I mentioned the importance of an ethical code in defining a profession. One more critical defining characteristic is education. Very few higher-education opportunities exist for judiciary interpreting, and none at all past the Bachelor level. We have more options now than we did a few decades ago, but the pickings are still slim. The fact that we don’t have advanced degree programs in judiciary interpreting makes our profession extremely vulnerable to these types of affronts.

We need to advocate for better educated interpreters (i.e., advanced degree holders) and laws that prohibit unlicensed individuals from practicing judiciary interpreting. Yes, this is a major undertaking and a long-term goal, but we must understand the big picture of the profession that we are painting as we speak. Certification is not enough, especially without a legislative framework to close loopholes that allow non-certified interpreters to be contracted.

This threat is real. The time to act is now. Some of our colleagues have already formed an organization to fight against this and other issues. The American Alliance of Professional Translators and Interpreters, AAPTI, is bringing together people from our own NAJIT, of course, as well as the ATA, CCHI, NBCMI, and regional organizations and unions. They hope to bring these problems to the public eye and help enforce the standards and corresponding compensation that some of us have come to take for granted.

But AAPTI needs your help. There is strength in numbers, and every voice counts. To find out more and get involved, email info@aapticonnect.org. And keep participating in NAJIT as well, making it your responsibility to embody the standards, ethics, and level of training required by such a rigorous line of work. Your profession thanks you.

Athena Matilsky fell in love with languages the year she turned sixteen. She majored in Spanish interpreting/translation at Rutgers University and also studied French. After graduation, she taught elementary school in Honduras and then returned home to begin freelancing as a medical and court interpreter. She later became a staff interpreter for the NJ judiciary. She has gone on to earn certifications as a healthcare interpreter and a federal court interpreter for Spanish and as a court interpreter for French. Most recently, she received her Master’s Degree in Conference Interpreting from Glendon at York University. She currently works as an interpreter and teacher, training students to acquire the skills necessary to pass state and federal interpreting exams. When she is not writing or interpreting, you may find her practicing acroyoga or studying French. Website: www.athenaskyinterpreting.com