08 Aug Learning where this all started

I was the little girl who loved going to school and begged her parents to put her in first grade when she was barely old enough to be in kindergarten. I was the little girl who had a lot more fun playing “office” than playing “house.” Come to think of it, I still do. And as far as school goes, well, I embrace every chance I get to learn things, whether in a structured environment, like school, or unstructured, like reading on my own. I recently thought, “I want to learn more about the law,” not because I want to be a lawyer but because I have some questions about what we do as interpreters in court, and where we stand in the big picture. I think I can find the answers only if I go back, way back, into the history of interpreters in our U.S. court system so as to understand how we ended up here. When I look around, to be honest, it seems like we’re moving backward rather than forward.

So, thanks to some very supportive friends and family, I am not only enrolled in a legal studies program (all online), but I also just discovered that as a student I have access to LexisNexis and Westlaw! (Cue happy music.) Of course, I immediately started to look up all the cases that have anything to do with court interpreters or interpreting in court, and since I’m still getting the hang of this, the oldest case I could find at first was a failure to appoint an interpreter from 1907. Then, as I got a little better at this searching thing, I started to find cases dating back to the 1800s. And as I kept on figuring out this LexisNexis legal search engine, I found a 1795 case that mentions a statute in Virginia providing “that interpreters may be sworn truly to interpret, when necessary.” (Claiborne v. Parrish, 2 Va. 146.) 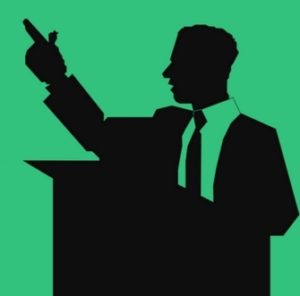 Notice that even when the country was still very young (barely nineteen years old), there was already a law in the books in Virginia, and apparently in West Virginia too, addressing interpreters in court. I have yet to find those statutes (Va. Code 1887, ch. 164, § 3357; W. Va. Code, ch. 130, § 30,) but I will keep looking—and I will share when I do find them, if you are as curious as I am. What really strikes me is the awareness—and highly non-judgmental attitudes, based on the texts I have found so far in these court opinions—of a need for interpreters because of the many different languages spoken by litigants, witnesses, and defendants. There’s German, Portuguese, Italian, English, and let’s not forget the languages of all the Nations already here.

There is a case from 1879 in Colorado which, “[o]n appeal, the court ruled that under §§161, 162, the inability on the part of persons called as jurors, to speak the English language, and to understand it when spoken, was not necessarily a disqualifying fact.” (Trinidad v. Simpson, 5 Colo. 65.) This was about three decades after the signing of the Treaty of Guadalupe Hidalgo, and there were cities along the Southern territories in which the majority of residents were former Mexican citizens whose first language was Spanish. They served as jurors because there were very few residents in those communities who could speak and understand English. It appears, from the language in the Trinidad v. Simpson opinion, that they could be provided with interpreters or perhaps the proceedings in court were conducted in Spanish.

I found a few other interesting court opinions. The privileged communication between attorneys and their clients extends to the interpreter since at least 1859. (Goddard v. Gardner, 28 Conn. 172; Sample v. Frost, 10 Iowa 266.) Then, in an 1877 case, the court held that an expert could not be compelled to testify without compensation. (Buchman v. State, 59 Ind. 1.) Although that case was about an expert medical witness who refused to testify without compensation, it could very well apply to interpreters if compelled to testify. Of course, that requires a bit more research to see how that holding by the court may have changed over the course of the last century.

My favorite so far is a quote from Justice Oliver Wendell Holmes, Associate Justice of the U.S. Supreme Court, in Towne v. Eisner (1918) as quoted in the 1942 case of State v. Vasquez (101 Utah 444): “A word is not a crystal, transparent and unchanged; it is the skin of a living thought and may vary greatly in color and content according to the circumstances and the time in which it is used.”

The Vazquez court added: “Degrees of understanding may present themselves between that of complete comprehension of the language to that of minor matters. The question, not properly heard or understood, may bring forth an answer that might turn the scales from innocence to guilt or from guilt to innocence. Then, too, the answer given might be made in words not entirely familiar or understood by the defendant. (….) While English has comparatively few inflections, either a prefix or a suffix mistakenly applied or interpreted may change the meaning of a whole sentence.”

I have to wonder, why is it that something so clear to these judges in the early part of the last century does not seem to be so clear anymore to the bar and bench in this century?

13 thoughts on “Learning where this all started”