“The secret of change is to focus all of your energy not on fighting the old, but on building the new”

Jon Leeth was the Special Assistant to the Assistant Director in Charge of Court Reporting and Interpreting Services, also referred to as Chief of the Court Interpreters Unit, at the Administrative Office of the U.S. Courts. I don’t have the exact dates of his tenure, but I remember Mr. Leeth from my early days as a federal staff interpreter and later as a freelance contractor interpreter. No doubt he was a very smart man. He figured out what needed to be done to implement the mandate of the Court Interpreters Act and followed through. But the knowledge about interpreting in United States courts at the time was sketchy, at best, with a study by Dr. Carlos Astiz [Interpreting Services in American Criminal Courts: A Violation of the Due Process Clause?] essentially being the only one that provided any insight into the workings of the courts when non-English speakers – that’s what we called them then – were parties or witnesses.

Astiz’s study portrayed interpreters in a very negative light, and, I must admit, with good reason. There was no training, guidance, credentialing, or oversight of the people engaged as interpreters before the Court Interpreters Act came into being in 1978. Astiz hypothesized in his report about what the interpreters’ job should be. Jon Leeth followed suit. So alarmed was everyone by the outrageous behavior of some of those engaged as interpreters in state and federal courts back then that they could think only of one way to prevent this in the future: create robots to interpret in court. I don’t mean AI-type robots. No, quite the opposite. This new invention was meant not to think and to be trained only to perform in the specified modes—consecutive, simultaneous and sight—using some specific terminology as determined by someone of presumed expertise in the subject matter.

There was a great concern about the interpreters’ ability to “handle” language registers that ranged from very formal legal and experts’ technical language to street slang and regional colloquialisms. Training and testing, therefore, revolved around the individual’s ability to memorize what words or phrases could be considered equivalent in English and the foreign language, and the capacity to learn short consecutive, simultaneous and sight translation techniques. While the federal certification exam continues to be “the only test in the federal government that has absolutely no prerequisite for taking it” (Leeth, The Court Interpreter Examination, n/d), interpreters trained in the United States continue to lack the proper educational background that would enable them to engage in independent critical thinking as part of their professional performance.

The original questions raised by a need to test and certify interpreters in the federal courts system—“conserve the level of the language used in the court, the style of the language, the tone of the language” (Leeth)—were not addressed by implementing educational programs that empowered interpreters to make the right “language level, style and tone” choices. They were addressed, instead, by ambiguous language in a Code of Professional Responsibility for federal court interpreters—“Official court interpreters shall perform to the best of their ability to assist the court in providing due process for the parties” (Federal Court Interpreter Policies and Procedures, draft 1991 manuscript)—and by an equally imprecise Model Code of Professional Responsibility for state court interpreters—“Interpreters shall render a complete and accurate interpretation or sight translation, without altering, omitting, or adding anything to what is stated or written, and without explanation.”

There was a prevalent idea, albeit misinformed, that a non-English speaker could be placed “on an equal footing with those who understand English” merely by “[conserving] every element of information contained in a source language communication when it is rendered in the target language”  (Model Code). Non-English speakers were assumed to be just as capable as an English speaker of saying “I don’t know what you are talking about. Could you make that clearer?” (Leeth), fully disregarding the profound cultural differences that actually prevent a non-English speaker from expressing any such assertion. “Our clients, for example, generally aren’t in a place where they feel like they can demand anything from the court. They’re poor and don’t speak English and it’s all really overwhelming. They don’t feel entitled to a smooth court process to begin with, and they don’t necessarily feel entitled to even be able to understand what’s going on.” (Sofia Khan, Attorney, Interpreting Justice: Issues Affecting LEP Litigants.)

If the Court Interpreters Act was intended to prevent miscarriages of justice, it may have failed. There is hope, however, as a significant number of experienced interpreters have come to realize the “equal footing” paradigm is impracticable, particularly during out-of-court and off-the-record interpreting, but more so—in my opinion—during simultaneous interpreting provided to non-English speakers. The mere fact that someone born and raised in the U.S. has achieved a third-grade education and lives in some remote rural area does not make that person equal to a foreign-born and raised individual who has also achieved a third-grade education and comes from some remote rural area by the mere fact that the latter has been provided with an interpreter. A “speaker’s intention and the listener’s comprehension are both circumscribed by the subjective experience of each individual.” (Muneer Ahmad, Interpreting Communities, 2007.) The differences between English-speaking and non-English-speaking defendants in a courtroom cannot be overcome unless the interpreter knows how to harmonize performance principles—to render a complete and accurate interpretation—with effective communication that takes into account “a shared cultural context between speaker and listener.” (Ahmad.) 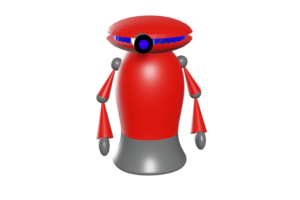 This “robot interpreter” archetype is a big part of the reason judiciary interpreters are still not recognized as a bona fide profession by many members of the legal profession. Most of the training and credentialing is based on skills and terminological proficiency, not on actual expert knowledge about language and related fields like linguistics and communication. The real-life effects of the wording on many codes of professional practice, to interpret “without altering, omitting, or adding anything”—absent any further contextualization—is quite the opposite of “[bringing] justice to those [non-English speaking] individuals as if they were English speaking” (Leeth) because we all know by now that “language and communication are contextual . . . not susceptible of mathematical solution” (Ahmad).

Client education comes by trickles and can feel, at times, to be impossibly slow. But our profession is gaining momentum and recognition. More and more stakeholders are realizing that our job cannot be performed by merely switching one word for another, as though languages were template copies of one another where the only difference is how phonemes are arranged. That kind of “provincialism” (thinking that the whole world is confined to what’s inside one’s own national borders ) seems to be dying out. But old habits die hard. It’s time for us all to start “building the new.”

14 thoughts on “Building the New”