12 Oct Mistakes: Managing and Moving On

Editor’s Note: This post by Jennifer De La Cruz was originally published in 2012. It remains relevant and we bring it back as a reminder that we are (im)perfect human beings with a measure of shortcomings and virtues that we must learn to manage.

I’ll never forget the day I felt like relinquishing my interpreter badge and walking out a back door in total defeat. Ever had a day like that? In retrospect, of course, I shouldn’t have taken it so personally; in reality, the situation was doomed from the get-go. In a nutshell, I was in open court, trying to interpret a family law hearing for a couple of exes who were arguing, before a judge that let them go on (and on…). Both needed an interpreter, but only one was in the courtroom; the other was appearing telephonically —by speakerphone, no less. Because I wasn’t prepared with the setup I would now employ, my performance was greatly affected; by the end, it felt like the world had come crashing down on me (and my ego) because I knew that I could have done better. It wasn’t much fun to turn and leave, walking by an audience packed with litigants who were also bilingual in my language pair. Fortunately, a colleague was nearby and we were able to talk over what had happened; my badge was now safe, and I knew I would be able to go on.

This very theme of moving on after failure is the basis of the movie Elizabethtown.  I hadn’t seen this flick until recently, and it hit home. (Spoiler alert!) It begins with the main character finding out he has just cost his company about $1 billion. At first, he copes by facing the CEO, and lying to everyone by saying, “I’m okay.” The meanders about his coping with having failed at something he had poured his heart and soul into for a long time. At one point, a friend tells him, “You failed. You failed, you failed, you failed. You failed,” in an attempt to bring him back to reality; he had to just get it out there and say it: Yes, he messed up to the tune of a billion dollars, but he needed to go on. His journey takes him out of his comfortable environment and shows him things he had been taking for granted. The message was that there was a time to mourn, but also a time to get over it and move on.

So what’s the connection here? As linguists with a myriad of ethical codes and standards that place accuracy above all else, we are under a great deal of pressure to get it right the first time, every time, and “never be wrong.” We absolutely know that we’re not perfect, and I think we’re generally willing to accept correction; but because we become accustomed to getting into a groove and flowing well in our task, it can be very frustrating and even disheartening to get tripped up, or do a full-forward sliding somersault trip and fall. None of us is immune to that. According to Henry Ford, however, “failure is simply the opportunity to begin again, this time more intelligently.” So, after making a mistake, feeling as if we’ve failed as linguists on a given day, even beyond applying the appropriate ethical remedy, here are three simple steps to pulling ourselves out of the gloom and doom stage. 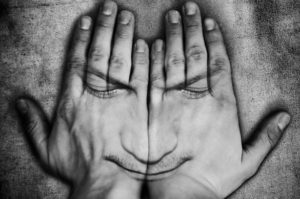 Take responsibility. Assuming we’ve made a legitimate error, our professional ethics require us to admit the mistake, however difficult it may be. As linguists, we work hard to achieve an excellent performance for reasons that may extend beyond professionalism into the realm of personal pride in what we do. Such deep-rooted feelings and efforts, although they are strengths the majority of the time, may interfere with our ability to publicly acknowledge fault without feeling defensive or distraught. There may even be a bit of a mourning process that we have to go through. Knowing that it’s not an easy task is a first step in taking a deep breath and saying we were wrong, and in the end, I think we’ll be held in even higher regard professionally.

Commit to avoiding future incidents, for one and all. This is a pretty simple step to take because we can probably identify what went wrong quite easily. Even if we review the professional standards and renew our pledge to apply them, it may still be helpful to share our story with colleagues. By stepping outside our own thoughts and asking for the opinions and guidance of others, we’re not only benefitting our own practice but also helping others to be a bit more aware so as to avoid making our mistake themselves. Proper use of professional forums such as a listserv, Linked In and Facebook can be extremely powerful to support us with advice from experienced and talented individuals.

Shake off the guilt and move on. If we have taken responsibility, made ethical corrections and are actively doing all we can to prevent recurrence of the error, it’s time to stop feeling bad about the failure. After making a mistake, we have to realize that people may not remember the wonderful way we handled ourselves, making the healing process something that has to come from within no matter what others may say.  An exercise in counter-productivity would be to walk with our heads down too far, for too long. Having enough passion for the profession to immediately move on should make the healing process easier because the next great performance is likely just around the corner to serve as positive motivation. Perhaps if we expect and look forward to that moment, the negative feelings will be easier to shake off.

The beauty of our strength as individuals and as a profession is, I believe, that we’re all capable of moving on and becoming greater fairly quickly because we’re adaptable by nature. At the end of the day, I’d rather have a colleague who is mortified by a little failure than one who is flippant about a big blunder, and I admire a professional attitude that rejects arrogance in favor of humility… even in the face of mistakes. In the words of columnist Arianna Huffington, “we need to accept that we won’t always make the right decisions, that we’ll screw up royally sometimes – understanding that failure is not the opposite of success, it’s part of success.”  After all, triumph serves more than just the individual; it’s beneficial for our profession as a whole and for the business of the clients we serve. Although we may be adept at hiding our feelings for the sake of our task, let’s commit to not letting setbacks eat us up from the inside out. We can only be stronger for it.

Read other articles by Jennifer

3 thoughts on “Mistakes: Managing and Moving On”