19 Jan Getting It Right

I have always felt a special thrill when I “discover” something I did not know before. I’m pretty sure my brain is releasing endorphins every time I research something, because I just want to keep digging! The more I find out about a given subject, the more I want to know.

My formal training is in literature, so my first attempts at research were basically finding out what others had written about X author or Y piece of literature. Then I started to look for what they had not written, in other words, opportunities for original research. That led me beyond literary theory and criticism—which was very closely linked to linguistics theory—into more detailed studies in fields such as anthropology and sociology.

All of this, fortunately for me, helped me be a better interpreter because, while I was engaged in my literary research, I was always looking for ways in which new discoveries could have some bearing on my performance. Of course, there was very little written back in the 80s or even the 90s about judiciary interpreting, so those of us in the field did our best with what we had—or didn’t have—in order to keep polishing our skills.

Now we have an abundance of dictionaries and books and journals and scholarly papers from which we can learn. However, research continues to be part and parcel of what a judiciary interpreter does every day, whether it is out of curiosity or out of necessity because a new word came up we had never heard before. But the tricky part about research is keeping an open mind about what we are going to find. 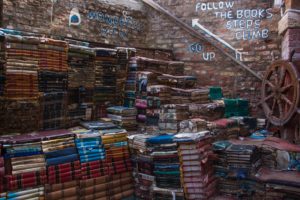 This is particularly true when we research legal terminology. Throughout the history of judiciary interpreting in the United States we have had all sorts of “prohibitions” about this term or that one in legal Spanish: moción, deposición, alegación, evidencia… the list goes on. These came about as a result of insufficient information or preconceived notions. When we research legal or technical terms we first need to have a very clear understanding of what term or concept we are researching means before we make any attempts at finding an equivalent term or concept in the target language. If we don’t know the difference between probation, parole, and supervised release, for example, or between compensation and restitution, we could easily fall into the prohibited-terms-trap. This brings me to the concept of research integrity.

We can always pick and choose those findings that fit our initial research hypothesis—or bias—and ignore those that don’t. For example, when we were told never to say deposición for deposition, those first researchers looked only at the definition of deposición in a non-legal context (evacuación del vientre/bowel movement), while the first meaning in the Diccionario de la Real Academia has always been “Exposición o declaración que se hace de algo”/statement given about something. Now that we have the Diccionario del español jurídico available online, also from the Real Academia, it becomes even clearer that deposición is a perfectly legitimate legal term in Spanish defined as “Declaración verbal, p.ej., la del denunciante, testigo o perito”/oral statement, e.g., one given by a plaintiff, witness or expert.

As new sources become available, it also became much easier to ascertain the legal validity of some of these formerly “prohibited terms”. Along these lines, I do have very good news for all English-Spanish judiciary interpreters and legal translators. The Real Academia has just announced the publication of a Diccionario panhispánico del español jurídico, with close to 40,000 entries that include terms from Spain and all the Spanish-speaking countries in Latin America.

I have not seen it yet but my endorphins are already dancing just thinking about the possibilities!