I know that many interpreters prefer the freelance world, and there are many successful freelancers working here in Arizona. This is my story and why I now have the second longest tenure as a staff court interpreter here in the state court in Phoenix.

I didn’t know that I wanted to be an interpreter or translator when I started my master’s degree in Spanish way back in 1985. My undergraduate liberal-arts degree was in anthropology, language and culture. I spent six months on foreign study, living in Madrid and Nerja, Spain. It was the best experience of my life, and I’m sure it’s what set me down my life’s path.

I wanted to improve my Spanish after graduation in the U.S., so I began my master’s degree. I didn’t have a firm career plan; my idea was to just keep going to school, maybe teach Spanish someday. It was a coincidence that I took a translation course in the Translation Certificate program at Arizona State University and really liked it. To complete the certificate course, I had to do an internship. My thesis advisor suggested I apply at the Superior Court of Arizona interpreter’s office in Maricopa County. This is how I learned about the career of court interpreting. I had no idea it existed. Another coincidence (or maybe not) is that at the same time, I was completing my master’s thesis: a translation of several short stories by Mexican author Amparo Davila and the theoretical discussion of the process and challenges and difficulties of translating fiction.

Once I graduated and had worked as a freelance contractor for eighteen months to get the required experience for the office to hire me full time, I started my job as a Spanish Court Interpreter in the same office where I did my internship. And here I am, more than thirty-two years later, still a staff court interpreter and still happy, satisfied, and fulfilled by my job. Incidentally, I did teach Spanish part time as a second gig at the community-college level for about six years. This made me all the more certain that I was in the right profession, interpreting.

I’ve seen lots of changes over the decades, here at the court as well as in the profession. There have been many changes in terminology (never stop researching and learning new terms or new ways to say them) and especially in technology (all for the better!). But the work itself is mostly the same. Interpreting in multiple settings: in criminal trial court for defendants, victims, witnesses, and next of kin; in juvenile delinquency and dependency matters for juveniles and their parents, caretakers, and guardians; probate court; family court; and civil court. For many years I also transcribed and translated forensic transcripts of police interviews of defendants and witnesses. Working in a variety of different court settings and proceedings and now having the chance to work at home part of the time doing virtual hearings means that the job is never boring. I have never felt burned out, although the job can be challenging and exhausting at times. Good sleep and exercise help a lot! 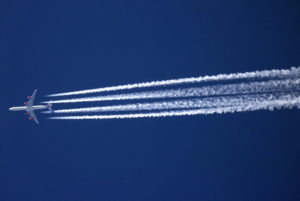 I’ve seen tons of people come and go after working here in this office while gaining the valuable training and job experience. Some have gotten coveted federal court-interpreter positions, but many now work as freelancers. I qualified to retire from my job years ago and could have become a freelancer, too. But I like the stability of a full-time job and a great pension and benefits. I’ve never been tempted by the life of a freelancer and the ability to make your own schedule and earn what seems like a lot more money. I consider the paid health benefits, paid leave and vacation time, and the matching pension contributions to be worth way more. I’m looking toward retirement soon and collecting that great pension. Like anyplace else, we’ve had some ups and downs over the years. But I have to say that this is a very good place to work. Interpreters are mostly appreciated and valued by everyone from the public to attorneys, court staff, judges, and administration. There’s a lot to be said for public service in a government job that never closes or shuts down and almost never lays anyone off. After more than thirty-four years working as a court interpreter, I still enjoy getting up every day and coming to work, and I still enjoy the work and the challenge. 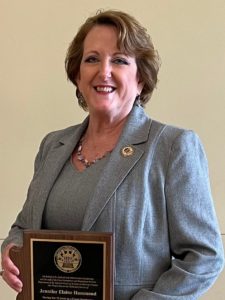 Jennifer Hammond grew up in Michigan and went to Kalamazoo College where she did her junior-year foreign study in Spain. She moved to Arizona and received the Master of Arts in Spanish and the translation certificate from ASU. She has been accredited/certified in translation from Spanish to English by the ATA since 1993 and received the Arizona Supreme Court Interpreter credential in 2018. In addition to spending time with family and granddaughters, she enjoys cooking, reading, travel, and being a group fitness instructor for fitness classes at the YMCA. She lives in Glendale, Arizona, with her dogs. E-mail Jennifer at interprejen16@gmail.com.

20 thoughts on “Freelance or Staff Interpreter?”