In 1992, the Real Academia Española accepted the term “cantinflear” for “rambling, talking, or acting in an absurd way, with no clear meaning or intentions.” Spanish-speaking readers already know quite well the origin of this term. The Mexican comedian and actor Mario Moreno, commonly known as Cantinflas, had a successful career making convoluted remarks, which, at the end of the day, meant really nothing. With time, he became so popular that he signed a contract with Hollywood and played in English-language films.

We knew about Cantinflas in Argentina, as he also was a king of comedy there: just as the sun did not set on the British Empire, neither did it do so on his kingdom. Can you imagine how strong his influence still is, even after his passing nearly two decades ago? His mannerisms, which imitate poor people’s speaking style, and his influence in everyday life are still with us now. And when I say now, I mean now. Like last week.

I was working for a case where a Mexican man was charged with a serious offense. The prosecutor was doing his job, hammering with precise questions about the nature of the infringement.

“Well, sir, do you admit that you drove to the specified location?”

This was not the first time the judge had heard this kind of answer from the defendant.

“And do you admit to having exchanged money with the officer?”

“Yes. I mean, exchange, not really, as in ‘exchange,’ like in the case of you-give-me-money-and-I-give-you-something-in-return, because the officer did not give me anything.”

The defendant did not mean to be funny. He was, in fact, sweating bullets. The judge was fuming, and we were all quite fatigued because of the morose pace of questioning. The judge finally said to the defendant, with a tone of “stop playing games”: 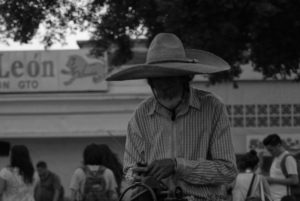 “You need to clearly state what happened.”

“I am, Your Honor. You know, I am very nervous, and I feel like the questions are not clear.”

“No, you are not. You are rambling, and the questions are quite clear. Did you give the money to the officer?”

“Where is ‘there’?” the judge raised his voice. “We have heard the same song since this morning, Mister, and I want clear answers.”

“I left the money on the table.”

“Okay, we are going to take a short recess,” said the judge. “I have been on the bench long enough to know when a judge needs some air.”

I needed some air too.  By that moment, five hours into the trial, I had already realized that the defendant was “cantinfleando.” How did I come to that conclusion? Simple: he always started his answers by clearly admitting his fault, and then he started rambling, adding unnecessary words to his phrases, like a baroque poet.

My lucky stars were shining down on me: in the corridor, I met Andrea, who is an auditor. An auditor is a lawyer who listens to what is happening at the hearing live. She also speaks Spanish, and she greeted me kindly:

“Nice performance, interpreter. I was auditing your case, and your client is a hot mess.”

“I find myself in a pickle.”

“And are you now?” she jokingly answered.

I explained my point. The defendant was admitting his crimes. But every time he was admitting something, he also was adding words, making his statements less clear. From my point of view, he was cantinfleando. And I was worried that, in case he was found guilty, that would add some extra time to his prison sentence, because of the loss of credibility to his statements. He was not being credible, and that carries extra prison time. What would you do, Andrea?

“I do not know,” she said. “Maybe talk with both barristers and give them the heads up. But it is true: you are in a quandary. You are supposed to stay silent and only interpret, without interfering with the proceedings. And yet it is true that you have found something that could misfire. So, use your best judgement.”

It’s not what you think it is

When we were called back to the hearing room, I asked the judge:

“May Your Honor allow me the permission to address both parties in private? This interpreter has found something that needs to be clarified.”

This judge knows me. It was not our first rodeo, nor our worst. (Our worst was a case where one of my clients, a young woman, could not stop farting during the hearing.) So he gave me the permission to talk to both barristers in private.

I explained the situation. I was worried that I was overstepping boundaries. And the prosecutor looked at me, pointed her finger at my face, and said:

“You and me, we worked together years ago for a case where a Mexican woman would do exactly the same thing: gabble and gabble and not say anything. Do you remember her?”

I did. That woman would end up exasperating several judges, and all her defense lawyers would ask for permission to cease representing her, because she would not stop talking and would never say anything meaningful.

Finally, both barristers thanked me and discussed the situation with the judge. I, of course, had to excuse myself and leave the case to a colleague. Once I had expressed my opinion on the matter, I needed to step out, and I did. It was worth it. 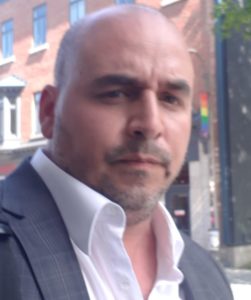 Pedro Carbajal was born in Uruguay, where he worked as a screenwriter before moving to Quebec, Canada, in 2007. He studied translation at McGill University (Montreal) from 2014 to 2016, and then interpretation at York University, Glendon College (Toronto), in 2016. He lives in Quebec City, where he works as a translator as well as a conference and courtroom interpreter. Contact Pedro at info@pedrocarbajal.com.

Main photo in the public domain, from the Brazilian National Archives. Body photo taken with permission from Piqsels.