25 Aug What Would You Have Done?

From the Editor: TNO is putting its finishing touches on summer vacation. We bring this question back to your attention because it generated interesting responses from our readers. Hope to hear from more of you.

For those joining us only this year, currently this feature is called The Couch.

This is a new feature of The NAJIT Observer. And it is written by YOU. Yes, you. We will submit a situation – real life on the trenches – and ask you to come up with solutions, suggestions, opinions or simply comments.The idea is to enrich each other’s repertoire of experiences and grow together. We already know we will not have enough time to commit every error or right move in the Book of Life. So, let’s learn together from one another.

This took place sometime ago, in a courtroom somewhere. It was a custody case involving a minor and her parents. The following characters were present at the hearing: Judge, Father’s lawyer, Father, Mother’s lawyer, Mother, Minor Child (four years old), Guardian ad Litem, Interpreter.

The Interpreter was told he would only be helping the Mother who would not be deposing, but needed to be aware of what was going on. Fine. The hearing was going as planned; they were arriving at the desired outcome when the Guardian ad Litem (GAL) was called to present his observations of the supervised visitations. That is when things got a bit frustrating for the interpreter.

Fact 1: The GAL did not speak the parents’ language, was not familiar with the parents’ culture, had a very strong bias towards one of the parents, and was really concerned with the child’s well-being.

Fact 2: The minor child had been living with the residential parent (father) and the visit subject of the GAL’s comments was the third visit with the child after a five-month hiatus.

It so happens that in that family’s culture physical contact is a strong non-verbal form of communication and the parent’s behavior was more than acceptable in their culture, it was expected. However, the Mother’s lawyer, who happened to share the same cultural background as the parents, did not say a word and the negative observation remained in the Mother’s file with the court.

The interpreter spoke with the Mother’s lawyer after the fact, but the lawyer did not do anything and did not plan to do anything about that lack of cultural understanding on the part of the Guardian ad Litem and the resulting blemish in the Mother’s record. 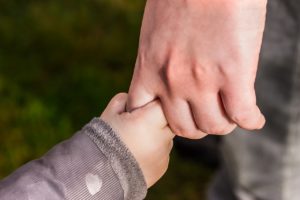 What would YOU have done?

1- Asked to speak as a Cultural Broker and enlightened the court and all present as to the cultural significance of the physical contact;
2- Spoken with the lawyer after the fact and left it alone, just as the interpreter in the case did;
3- Told the mother to speak up and ask her lawyer to allow her to defend herself;
4- Just interpreted and done nothing else;
5- [Fill in the blank]

Please use the comments field below and let us know your solutions and why.

Do you have an interesting situation you’d like us to publish in the next installment? Share it with us.