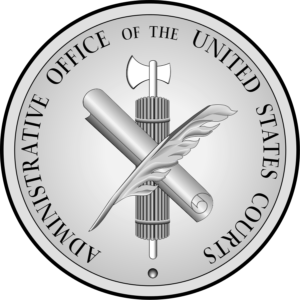 The Administrative Office of the United States Courts (AO) is an administrative agency that is the central support entity for the judicial branch providing a wide range of administrative, legal, financial, management, program, and information technology services to the federal courts.
https://www.law.cornell.edu/wex/administrative_office_of_the_united_states_courts

When I became a federally-certified interpreter, I was under the mistaken impression that I had now fallen under the protection of the Administrative Office of the U.S. Courts (AO) for all matters having to do with my new status. This was a misconception shared by many of my colleagues back then and still is now. There is an expectation, spoken or unspoken, for the AO to come to our rescue, assuage all our woes, and deliver us from all evil as it pertains to our federally-certified interpreter status.

During my first years as a member of this new professional group created as a direct result of the certification process for interpreters in the federal courts system, I thought the people in Washington were just not paying attention to all the irregularities being reported: mainly federal courts that were not contracting the certified interpreters created by the AO, either because they were favoring non-certified and “cheaper” interpreters, or just not appointing an interpreter at all for their non-English-speaking defendants. Then there was the cry for higher rates that federally-certified interpreters raised from time to time, usually ignored as well.

The Limits of the Power

The reality is that the AO is not some sort of “central command” for the U.S. courts, and federal judges don’t answer to the AO. In any event, they would answer to the court of appeals. Each district court contracts interpreters as needed, and the AO has very little say in the matter, if any. On the other hand, some district courts’ staff in charge of contracting interpreters don’t seem to know that the funding for these services comes directly from D.C. and, therefore, contracting “cheaper”—i.e., non-certified—versus “more expensive”—i.e., certified—interpreters has no real impact on their local courts’ budgets.

As the officer in charge of the interpreters program at the AO shifted from someone with no knowledge whatsoever of foreign languages—never mind what interpreters did in court—, to someone with at least a background in languages and then, ten years ago, to someone who was not only a federally-certified interpreter but also had decades of experience in the field, the lines of communication opened, information flowed, understanding became a two-way street, and… well, the realization sunk in: the AO is a support agency for the federal courts, not the interpreters working in those courts!

Established in 1939, the Administrative Office is the administrative arm of the federal Judiciary devoted to serving the courts in fulfilling the federal judicial system’s critical mission, which is providing justice to the citizens of this country. The agency provides service to the federal courts in three essential areas: administrative support, program management, and policy development. It is charged with implementing the policies of the Judicial Conference of the United States and supporting the network of Conference committees.
–https://www.wbdg.org/ffc/aousc

The operative words here being: The agency provides service to the federal courts. The AO exists for the benefit of the courts, not the people who serve the courts, and that includes interpreters.

As harsh as that may sound, this knowledge should be helpful to the extent that we do not waste time and energy seeking remedies from a source that is not structured to provide such remedies. It behooves us to know what the AO can and cannot do for us. For example, they can assist with information about courtroom technology and even fund the technology, but they cannot impose such technology on an individual court. The Court Interpreting Program tracks and recommends rate increases for interpreters, but the final decision is out of their hands. They have a Court Interpreters Advisory Group that we could, in theory, approach with issues that concern our professional group, but they are under no obligation to take any action recommended by that group. As a matter of fact, according to the law, should the AO decide at some point that they no longer want to certify interpreters, they can do that too! 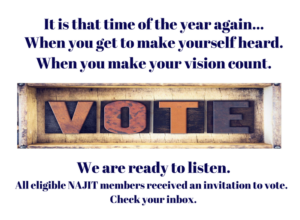 The AO now has two officers in the court interpreter program that are experienced federally-certified interpreters of Spanish. That means we have “friendlies” in D.C., but do not for one minute think their job is to do our bidding with the AO. Their job, like everyone else who works for the judicial branch, is to make sure the courts, i.e., judges, can dispense justice equitably and expeditiously.

Understanding the boundaries of what the AO can and cannot do for us, as a professional group, should help us keep our efforts to address collective grievances and other issues targeted, so we may arrive at the most efficient and expeditious resolution. It is time for us to dispense with the fantasy that someone else is going to change, solve or improve whatever we, as a profession, think needs to be changed, solved or improved.

This is our profession. It is up to us to establish the mechanisms we need to make it what we want it to be.

17 thoughts on “Understanding the AO”