Have you ever taken a dash of one language with a sprinkle of another, mixed them together and simmered to taste? Of course you have! You’re bilingual. You’re bound to have stirred your languages together at one point or another.

There’s actually a fancy name for this: Language contact. Language contact is the secret demon that lies behind many of our language mistakes. I would venture to say that it is also the secret fairy godmother that gives rise to new usage and even new ways of thinking.

Sometimes I understand French grammar better when I hear the syntax of a French speaker in English. Take verb tense, for example. Both languages have past, present and future. So finding equivalents should be simple, right? Wrong. Of course that’s not right. If it were right, learning languages would be easy, instead of incredibly exasperating! It always makes me wonder, How did this become the idiomatic way to say things? Who decided it one day? This, to me, is why language is endlessly fascinating. 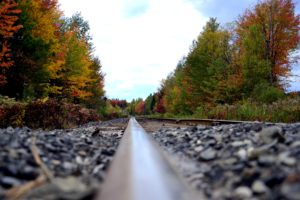 Let’s take a look at some examples, shall we?

The crazy thing is how nuanced many of our examples of language contact are. Sometimes it’s hard to even pinpoint why certain phrasings sound a little off. Usually the only way to know is by hanging out with people who are as nerdy about language as you are (take a gander at How to Shamelessly Steal Language Skills from our Friends and Colleagues for more on that topic).

And sometimes, even though something sounds off, I’ll use it anyway. Take the verb “to live,” for example. In both French and Spanish, you can live a day. You can live a situation. You can live a feeling. In English, you can experience those things, not live them. But there is a different impact when you say “live.” It feels fuller, stronger, more real, perhaps.

What have you lived in the lovely land of language interference? I’m curious to know. Comment below!