03 Oct Not All Language Communities Are Served Equally

Interpreters are proving to be an indispensable resource to indigenous communities as the demand for their services increases. While a handful of language-service agencies claim to offer some of these languages, they cannot guarantee the interpretation provided is true or accurate. This is why, to highlight the crucial need to protect indigenous languages and preserve their history, the UN officially declared 2022 the beginning of The International Decade of Indigenous Languages.

Executive Order 13166, signed in August of 2000, states that federal agencies are to “ensure that the programs and activities that they normally provide in English are accessible to LEP person(s).” According to the Court Interpreters Act of 1978, these same individuals have the right to language services in federal courts. This should mean that every individual has equal access to the justice system, right? In theory, yes.  However, a vast majority of cases involving LEP person(s) surround indigenous individuals and/or families seeking asylum in the U.S., and immigration court is not required to provide legal representation. This, coupled with the dearth of indigenous-language court interpreters, greatly affects the outcome of their quest to seek refuge. 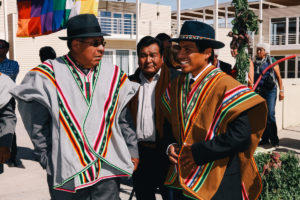 In recent years, courts in larger cities have become inundated with immigration cases for indigenous individuals, and due to the scarcity of interpreters, cases continue to be delayed or people are forced to accept unsuitable linguistic aid. In fact, many migrants compromise by using an interpreter or translator for a language that may slightly resemble theirs because that is all that is offered. As of 2019, the U.S. immigration system had an accumulation of over 800,000 open cases for individuals seeking asylum from smaller cities in Central America because, so far, they are able to provide appropriate interpretation only for a select few of their languages. This unmet need has proven to have detrimental consequences as many of these individuals are seeking safety from persecution in their home countries and cannot proficiently make their case. More often than not, mistranslation in the immigration system has resulted in prolonged detention or, in worse cases, deportation. With the large disparity in availability of indigenous-language court interpreters, it is nearly impossible to guarantee equal footing in court.

The duty of an interpreter is to remove the language barrier between the court and the person(s) of a culturally and linguistically diverse background. The interpreter allows the involved parties to be on the same page. Interpreters need to be equipped with the skills needed to guarantee that all person(s) are equally heard. In immigration cases, interpreters can make or break the defendant’s case for asylum. This is why the topic of preserving indigenous languages is so important. To put it into perspective: California, one of the leading states in indigenous populations, has fewer than five indigenous-language interpreters. While we are proud to have a small handful of indigenous languages represented on our roster here in Kansas City, we know more needs to be done. Interpretation agencies have the grave responsibility to continue searching for highly skilled indigenous-language translators and interpreters to assist those seeking the same American Dream we all are. 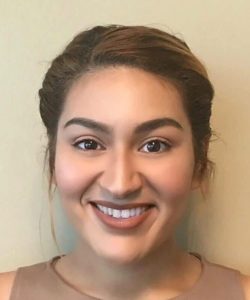 Kristen Altoro-Nevins was born in the Bronx, New York, and lived there until 1999 when her family moved to Kansas City. She’s currently pursuing a degree in criminal justice with a focus in forensic psychology through Purdue University while working as the Client Relations Specialist for Bridging the Gap Interpreting, a language-service company serving the greater Kansas City and surrounding areas since 2007. Contact: office@kansascityinterpreting.com

One thought on “Not All Language Communities Are Served Equally”