The practice of interpretation allows interpreters to take a break from themselves and from their own lives.  I was smitten by this profession since the day I got to interpret for stars at the Toronto International Film Festival (TIFF). A combination of circumstances led me to quickly realize that I could use this same skill in a different venue, to help women attempting to flee from domestic violence. Often, I found these women were used as doe-eyed tools in the litigation system. After working for shelters, hospitals, and charitable organizations, I was thrilled to receive full judiciary interpreter certification in 2014. It was my opportunity to address these cracks and flaws within my sphere of influence.

My first big criminal trial led to my first hard wake-up call: millionaires benefited from legal aid while domestic violence (DV) victims were eligible for assistance only by the time they and their children were homeless. In my experience, a system that is supposed to help and protect and that does not mete out fair, equitable justice, but rather allows the few to profit from the tribulations of the many, is no justice system at all.

The shelters I worked with had similarly unjust rules: most women had to return to their abusers after being allowed to lay low there for three months, after which they were forced out: essentially, back to the abuser, or back to the streets.

I was selected for the 2017 trial of a major executive who had committed fraud and perjury. Here, I realized that someone had to shoulder the blade so that other famous names could remain untainted. For that trial and the subsequent burn-out, I earned a respiratory infection.

We all get compassion fatigue, and that wasn’t my first time experiencing it, but if we all suffer from it in some way, it also shows that interpreters are human and that most of them have big hearts! We are bound to strict confidentiality, and yet nothing is put into place for us at an organizational level to debrief and unpack emotionally from interpreting traumatizing situations. This of course comes with deleterious effects on our mental health and on our loved ones.

I have seen the dark underbellies of the professions we are called to interact with. Most women fleeing from domestic violence are in distress; a distressed woman is a sure prey for a greedy lawyer seizing an opportunity to pad up his/her pockets, cut deals, and use a client to his/her own benefit without regard for her needs or concerns. These women end up being pushed further into a tunnel and then cornered like game. They end up stripped of everything, in addition to the trauma they’ve already experienced through violence.

After an attorney half-jokingly responded to a question of mine regarding the whereabouts of his client: “It always ends up in the same way for them – dead, on the street, or drugged up to numb the pain,” my decision was sealed. No more would I take any family-court assignments. I had had enough of the threats uttered in court, the stories I had heard, the faces I had seen…

The reality is that many women are driven to suicide after being chewed up, spit back out, and steamrolled by the legal system, only to be separated from their children.

I no longer wish to stand by and fail to be a voice for the generations to come who have a right to life and not to be destroyed by an abusive power structure that stifles their voices. Children are fully legal persons de jure but are often overlooked and ignored de facto. Often those who come from abusive households end up becoming abusers themselves. This allows transgenerational violence to continue. 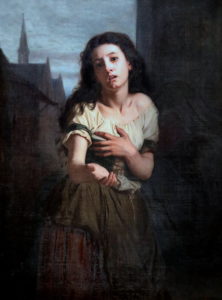 There may well be a structure in place to help DV victims, the textbook example being the medical provider flagging an issue, after which other doctors, lawyers, judges, schoolteachers, and the police all become involved. But mental health is part of overall health, and children’s mental health cannot wait. Why is there, and why has there always been, such a gap between what could be done and what is actually being done?

Silence enables the harm to continue – tyrants have always known this – whereas the power of speech can topple tyrannies. We must aim for a more inclusive system that will put an end to the cycle of silence.

I know of a DV victim who nearly died; the psychiatrist at the rehab center under whose care she was said it was a miracle that she should still be alive. Her daughter has lost her youth because of this, unable to see her father nor her mother. No expression of sympathy was given from any lawyer, doctor, or official involved. The judge handling the case did apologize, but her hands were tied. If justice for all were truly a standard by which we all live, the system would be transparent and accessible to all.

Worse still for this woman, she ended up with a lawyer whose license was later subject to disciplinary removal. Her local bar association said she may get the $5,000 retainer back somehow. This was the type of predatory lawyer whose incompetence may even be called criminal – and his bar association said, in response, that he must subsequently (under pain of license suspension) warn his clients about himself. That’s like asking a recently accused thief to go and deposit $1,000 in a company bank account, or a hungry child not to dip into the jar while waiting for the adults. But this lawyer is not the only one. There genuinely are abusers who profit from the cracks and flaws in the system they work with. Some are very well versed in family law and know how to spot their prey… if the hapless victim should sense danger and begin to want to escape, they pounce.

I will spare you the rest, but most dreadfully for this woman and her child, child protective services have been of little assistance either.

Interpretation remains my beloved profession, but I have chosen no longer to work in the family courts, rather I seek other ways to help those who have been short-changed by the system. When asked to speak on my profession as an interpreter, I can’t help but tell of these things, because knowledge is power, and I want to share, outside the booth, the knowledge and experience I have received. 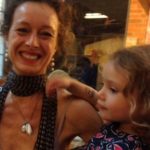 Violaine Tourny almost unwittingly became an interpreter from the earliest age, drawn to nature’s sights and sounds and then to languages.  Growing up, she was nicknamed “the language sponge.” She studied Latin, German, Spanish, and Italian, though she has not used these languages in the booth for years. Without knowing such a career even existed, she did act as interpreter in her previous trade – sportswear technical design and manufacturing. In this capacity, she helped to bridge communications between Asian suppliers and French clients. When asked if she was an interpreter, she would answer, “No, I simply repeat what someone says in one language in another language such that that other person can understand.” She interpreted thus on an ad-hoc basis until working for the Toronto International Film Festival as well as hospitals, shelters, and refugee centers. She became fully accredited by the Ontario Ministry of the Attorney General (MAG) and certified to work in hospitals and clinics in 2014. She has been a conference interpreter since 2015, and in early 2022, she was added to the Legislative Assembly of Ontario’s list of freelancers. She strives to be fully present for her clients and puts her whole self into everything she does. Check Violaine out at linkedin.com/in/violaine-tourny

7 thoughts on “The Subjects Matter”