05 Nov Are you giving everything you’ve got?

We can’t ask for more than we’re willing to give. This is a maxim for everything we do in life. A common outcry I hear more and more often from judiciary interpreters is that the workplace is becoming unresponsive to the specialized nature of the work interpreters perform. There is no acknowledgement of the difference between a credentialed interpreter and a bilingual person, contracting practices often bypassing the certified interpreter in favor of some intermediary agency that will simply make life easier for the courts by taking one “problem” off their hands: procuring interpreters. Compensation for professional interpreting services is now reflecting this demeaning mindset. If you have “bilingual” people covering court events who are not professional interpreters, they will be happy with whatever pay they get that is above minimum wage. It just makes one wonder why states spend their money on orientations and credentialing programs when they don’t use the very people they certify.

On the other hand, those interpreters who have been certified can’t just rest on their laurels and be content with that credential as the ultimate goal in their careers. The fact that most monolingual judges, lawyers, and court administrators have no idea what it takes to speak two languages, much less what it takes to be a competent interpreter, means that each one of us has the responsibility to show them exactly what sets us apart from your run-of-the-mill bilingual speaker. Some people are impressed when they see an interpreter working in the simultaneous mode. They actually understand it is not an easy task to listen in one language and transfer whatever someone else is saying into another language at the same time. Then again, some people may think the interpreter is just summarizing.

Since they don’t really know whether the interpreter is providing a full and accurate rendition of everything that is being said, or just a running summary, what can cause a lasting impression is a consecutive rendition. This is where you can really showcase every skill and all the knowledge that makes you a true professional: extraordinary command of the two languages you interpret, exceptional retention, notetaking abilities, poise, self-confidence… Oh! Have you not mastered those yet? Are you still working on one of those? Two? All of them? 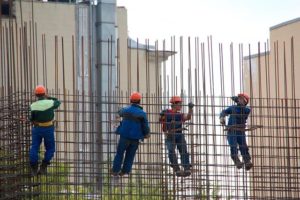 Alright. Like I said at the beginning, you can’t ask for more than you are willing to give. If you want to be respected as a professional – and compensated as such – if you want those who work around you to see that a merely bilingual person is not the same as a professional interpreter, then you have to put in the time and effort to build that knowledge that sets you apart. You have to build up that proficiency that makes you rise above simply being bilingual. It is up to you to step up on that stage called a courtroom, or a lawyer’s office, and perform like a star. When you do, you will see how the rest of the “cast” around you also changes the way they interact with you. You will have given your very best, and believe me, the people around you will notice.

We may sometimes feel like we are out there all alone, fighting battles no one else knows about. Whatever is happening in one part of the country, in your “neck of the woods,” is also happening in some other part of the country, to some other interpreter, and neither one of you is truly alone if you reach out through your local or national professional association, or through social media. You can talk to each other and share your war stories, but don’t just complain and leave it at that. Figure out what weakness you need to work on, what is making you seem less professional in the eyes of those working around you.

Help each other out. Keep building all those “core strengths” that will eventually make you stand out above the crowd. Then, and only then, once you’ve given everything you’ve got, once you have given the very best of yourself, will you be able to ask for what you know you deserve, because you will have earned it.

2 thoughts on “Are you giving everything you’ve got?”