It was not 9:30 AM yet. A woman approaches the information booth and identifies herself as the interpreter for the 10 AM. She sits down, makes herself comfortable. After all, she had over half an hour to kill.

At 9:45, a man walks in. He makes a beeline for the information booth and identifies himself as the interpreter for the 10 AM case. He sits down. 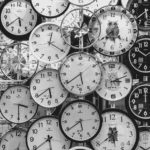 “Yeah. Can I borrow your phone to call the agency and find out what is going on?”

Two minutes later, a lady comes in and she is also an interpreter. Her case is at 10:15. The lawyer was already there expecting her. They start talking like old friends: this case has been going on for a few months already, that creates familiarity.

Less than ten minutes go by and another interpreter walks in; also, for the 10:15 case. The lawyer calls her over and explains he already has an interpreter and her services will not be needed. The new arrival looks around and rests her eyes on the other two interpreters. Longtime friends who had not seen each other in a while.

Here we expect the conversation to delve into how’s the family, what happened to that car, nice haircut or some other mundane thing like that. Alas, we are talking about interpreters here! They start discussing terminology, philology, sociolinguistics, grammar, lawyers who think they can speak a foreign language, others who actually do, the judges, the dictionaries, word choices, false cognates that are now impregnating the discourse of English speakers…

“That’s a good subject for a class. I think I am going to offer that this summer.”

“Oh, and how about check interpreters?”

“Hate to be put on the spot. It is nice when we can work together. Why not?”

“Did that once. It turns out there was a double booking. Well, not really; each lawyer brought an interpreter for a depo. Since my colleague was state certified, I suggested she be given the case, and I stayed to help. That worked just fine.”

“Love to talk, but I have to go. Nice seeing you two.”

“Don’t you have a case now?

“But you are going to charge a cancellation fee, right? Less than 24 hours…”

“Definitely, you should. You will not be able to fill in the rest of the day now…”

“True. I borrowed his phone to call the agency and they said they had texted me at 9:30. I left my phone with a friend at 9:16, since I am not allowed to bring it here.  I never saw the message…”

Brazilian-born Giovanna “Gio” Lester, Co-Chair of NAJIT’s PR Committee, started her career in translation and interpreting in 1980. Gio is very active in her profession and in the associations she is affiliated with. In 2009, she co-founded the Florida ATA Chapter (ATIF), served as its first elected president (2011-2012), and later as president of its interim board. As an international conference interpreter, Gio has been the voice of government heads and officials, scientists, researchers, doctors, hairdressers, teachers, engineers, investors and more. Gio has been a contributor to The NAJIT Observer since its inception in 2011, and its Editor since 2016. In 2017 she was appointed Chair of the Miami Dade College Translation and Interpretation Advisory Committee, which she had been a member of since 2014. You can follow her on Twitter (@cariobana) and she can also be reached at gio@giolester.com.   By Gio Lester ©2018
Click here to read other posts by Gio.

9 thoughts on “Four Interpreters Walk into the Federal Courthouse…”