If you grew up on a Caribbean island, or anywhere around the Gulf of Mexico, you know this is the peak month for the hurricane season. You brace yourself, hope for the best, and get ready for the worst. When I was a child, I remember my parents and grandparents talking about Hurricane San Felipe, a Cat 5 that hit the Island of Puerto Rico on September 13, 1928, and San Ciprián, which made landfall on September 26, 1932, just four years later, as a Cat 3. Then, when I was four years old, I remember how the family started to prepare for Hurricane Donna: September 5, 1960. It was always the women who made all the preparations for the hurricanes: gather supplies, water, food, put towels under the doors and make sure the men boarded up any glass doors or windows. For the most part, back then we had what were called “Miami windows,” horizontal aluminum strips that overlapped with a small grip that made them hurricane-safe, so there was no need to board up the windows.

I have come to realize in my adulthood that I grew up in a matriarchal family, even though men somehow maintained a patriarchal status of sorts. It turned out to be a very useful skill as more Septembers came and more natural disasters became a regular threat. The one disaster I could not prepare for was a terrorist attack: September 11, 2001. I was working in D.C. Superior Court at the time. The U.S. Marshals came to get us out of the interpreters office, and for a quick moment we stared at the TV monitors in the jury room on our way out. It did not look real: one of the World Trade Center towers had smoke coming out from one of the high floors. That’s all we were able to see, and then we were rushed out of the building. Out on the street, all you could hear were emergency sirens. The streets were empty except for military Humvees, police cars, ambulances, and fire trucks. Cell phone service was out, bus service and metro service had stopped, and five of us interpreters walked into the first place that we saw open: an Irish pub.

The TV behind the bar was on. We looked in a state of shock as the north building of the twin towers collapsed. The rest of the people who had also stopped at the pub to look at the scenes on the TV had started to form a line by the only pay phone in the building. I went over and managed to call my parents to let them know I was safe, and then we all started to walk again, in silence, each one heading home to deal with this alone, because it would take a long time – years in my case – to even be able to talk about the horrors of 9/11.

It has been 20 years, and I can talk about it now. I have friends, fellow interpreters, who were in New York, who took the train from New Jersey to get to the courthouse in Manhattan or Brooklyn or rode the subway to work and had been under the World Trade Center maybe minutes before the attacks. I know their emotional scars from that day are much deeper than mine. Indeed, there are things for which we can never be ready. And things from which, maybe, we can never fully recover. 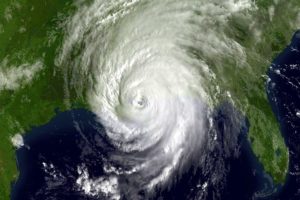 But maybe you have a grandmother like mine, or an aunt, or a mom, who commands an army of her brothers and sisters, nieces and nephews, children, grandchildren and even greatgrandchildren. I hope you had someone in your life who helped you learn how to survive even in the worst of circumstances—like Hurricane Katrina or Hurricane María—and never, ever “let ‘em see you sweat.”

I hope today you take the hand of someone special and celebrate the life you have, because September is never an easy month.

9 thoughts on “September is Never an Easy Month”