It was the early 1990’s. I was called to interpret at a deposition and I explained to the agency representative on the phone that I had never done a deposition before. “It is like an interview. You know how to take notes, right? It is that easy.” That was it. So, to confirm what I was told, I called a friend who had more experience. Again, I was told “it is easy,” “you know the vocabulary,” “keep it in the first person,” “nothing to worry about.” Ok. I was good to go.

Things started going badly at the first “Objection.” I asked what I had said that was wrong.

Yeah, continue reading when you stop laughing. And things just got worse from there. I had no idea of the formalities, what I was supposed to be interpreting (I thought that I only interpreted what was directed to the deponent and his replies). I didn’t even know the proper procedure for asking for clarification. I was clueless, and a headache for the court reporter. 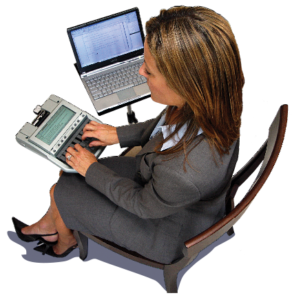 Everyone had been right with the assertion that the vocabulary was easy, that the interview scenario was easy. But everyone had been wrong as to the process being easy. It was complex. I did not know the full extent of my role, what my job actually entailed, my responsibilities in the room and outside of it, or how to be a good deposition interpreter.

The court reporter was livid. She was so mad at me. And rightfully so. She held no punches once we were alone. But I did not fold. Instead, I asked for her help, after all, they were coming back after lunch, they were not going to request another interpreter, and since she knew what I had to do, she could help me help her. Those were precious 30 minutes in my career.

We parted with respect for each other: by being humble and asking for help instead of arguing with her, I had given the court reporter a chance to control the situation; by sharing her knowledge with me, she helped shape a new professional. And I learned that conflicts can have resolutions which benefit all parties

Since that fateful deposition, I have taken many courses, workshops, and training classes. I have to thank Diane Teichman for some especially helpful hints she gave during a training in Florida.

Unfortunately, I have since lost that court reporter’s contact, but she is responsible for the high regard I have for my professional reputation and my clients. That was not the best way for me to learn the ropes, but those are the lessons that stay with one forever.

21 thoughts on “Lasting Lessons From My First Deposition”