I still remember it vividly: On October 18th, 2013, I discovered that I had passed the FCICE federal exam. It was one of those remarkable moments that remain transfixed in one’s memory no matter how much time passes. I was elated to receive the news.

The federally certified judiciary interpreter designation is an important one for Spanish interpreters. It gives us the chance to set ourselves apart, and candidates invest an extraordinary amount of time and money in the hopes of overcoming this extremely difficult challenge. The odds are not in our favor; in my case, it turns out I was one of just four people in the entire state of New Jersey who had managed to pass that year. In the interests of transparency, I will say that my score was in the low 80s. Very low 80s. Sure, I worked for it—I would estimate that I spent about two hours a day studying in the months leading up to the exam—and even still, I probably got a little lucky when I managed to succeed.

The federal oral exam is offered to Spanish interpreters every two years. The qualifying written exam is offered in alternating years. This year, 2017, saw a change in the administration and format of the oral exam. Paradigm Testing took over, and an entirely computer-proctored system was implemented, with a live proctor available for questions, but not for running the exam. To my knowledge, no pilot exam was done to analyze the efficacy of this new test.

This was not the first time the format of the federal exam had changed. Some time ago it was run by three proctors, who administered the exam live, whereas when I took it, the exam was recorded and a live proctor pressed the buttons. Nor is this the first exam to ask the candidate to be in charge; when I took my healthcare interpreting exam with Certification Commission for Healthcare Interpreters (CCHI), I also needed to manage the process via computer, which certainly added a multi-tasking challenge to the mix.

I defend the content of this exam vehemently. I don’t think it should be made less difficult, and anyone hoping to pass it must rise to the occasion and overcome testing anxiety. I spend hours every day working with students who are hoping to pass tests, and I advise them to take it seriously, whether they are studying to be a CMI (Certified Medical Interpreter), CHI (Certified Healthcare Interpreter), state-certified or federally certified. For more on the topic, see: Would You Like Some Cheese With Your Whine? And while we’re at it, check out this page for study tips and resources, many gleaned from my old study group, “Federal Interpreters or Bust.” 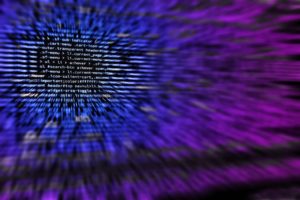 That said, the complaints I have received from literally dozens of students and colleagues revolve not around the content of the exam, but its format. There have been reports that the touch screen did not work and that the mock exam (in some cases received just a day before test day), whose point was to familiarize candidates with the actual format, did not work. Some candidates did not even receive it. Emails to Paradigm Testing regarding this subject went unanswered, leaving candidates to wing it the day of the exam. The test apparently relied on an insecure internet connection that was often faulty, resulting in delays that counted toward the maximum time allotted, or forcing candidates to leave and return. Finally (and again, this is all anecdotal because I did not take the exam myself), almost all the candidates I spoke with were devastated by the consecutive section. They were required to click a button – not once, but twice – in between each utterance, and many have expressed concern that this lowered their accuracy and that, potentially, entire chunks of their rendition went unrecorded.

It could be argued that federal interpreters should be tested on their ability to multi-task and maintain accuracy of interpretation even under these stressful conditions. Additionally, implementing the computer-proctor should theoretically cut down on human error and the stress that some experience when another person is watching them interpret. However, it seems that the issues with internet connection should have been cleared up well in advance. Likewise with the mock exam, which could have allowed candidates to thoroughly understand what they would be facing on the day of the test. Similarly, perhaps a solution to the consecutive process could be implemented, such as a “record” button that is only hit once and records the entire exam. It doesn’t seem fair to test candidates on multi-tasking now, since those of us who took the test in the past needed only to interpret.

I am thrilled to count myself among the ranks of federal interpreters, and I hope to continue coaching others so that they may succeed as well. (And by the way, if you are interested in connecting with other federal exam candidates, make a request to join this Facebook page.) But from everything that I have heard, it seems that this exam, only administered once every two years, needs to be improved. Too many people are investing too much time and money to try to make this dream a reality, and if they have attained the level of skill required to pass the exam, they ought not have that same dream thwarted by the click of a button.

Did you recently take the federal exam? If so, you are perhaps in a better position to comment than I am. Let us know your thoughts below!

18 thoughts on “Federal Interpreters or Bust!”