This week we bring two posts for your delight. Changes on the Board and professional assertiveness by standing up for what is right are always good things to share with our members. Enjoy.

Changes on the Board

There has been a change in leadership in the Board of Directors. We have all been notified, but in the off chance that one of our members may have missed the notice sent by our new Chair, we have reproduced it below. 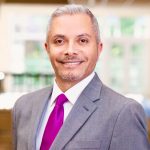 On 10/17/19 I was voted as the new Chair of the Board of Directors.
It is an honor that comes with important duties that I take seriously. I pledge to do my best to lead the association to better fulfills its stated mission during this transition.

At the same meeting, two other appointments were also voted by the Board: Andy Benzo as Chair of the Bylaws and Governance Committee and Sandra Dejeux as Chair of the Bench and Bar Committee. We congratulate them on their new role and promise to empower their committees by facilitating their initiatives.

We are grateful for the support of many and thank all who continue to help us while extending an invitation to existing and prospective members to join in as volunteers to help NAJIT’s advancement in this next phase of its history.

Armando Ezquerra Hasbun
Chair of the NAJIT Board of Directors

Standing Up For What Is Right

I thought I’d share this letter I wrote to a TN-state court judge a couple of years ago. It came up on my computer in a search. Judge ORDERED my colleague and me to interpret a video recording in real-time. I refused. My colleague (submissive and a scaredy-cat) complied. I left the courtroom while it was happening. Of course, I reported it to the Tennessee Administrative Office of the Courts (TNAOC) and nothing was done about it. Oh, yeah, except that I probably got blacklisted.

Here is what I wrote: 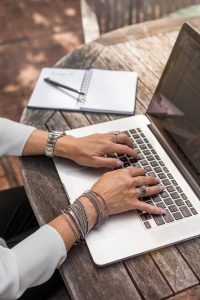 I doubt that Your Honor will read this letter, or consider its contents, but I thought it worth a try.

Given that the principal exhibit in this trial was the video recording of the traffic stop, and at issue was whether the officer’s Spanish instructions were comprehensible to the defendant, there should have been a bilingual forensic transcript prepared for well in advance of the trial date.

This could have been requested by the State, the Defense, or even by the Court itself, in preparation for this trial. Since this was not done, and since Spanish is not the language of the court, or of the jury, the jurors could not properly examine the evidence. Due to road noise and faulty recording equipment, the real-time audio of this recording was often completely unintelligible—in English or in Spanish.

By ordering that the court interpreters—impartial officers of the court—render an impromptu, onsite interpretation of the contents of the recording, Your Honor placed us in the position of violating the oath of accuracy that Your Honor so diligently had us take in front of those jurors at the outset of the proceedings.

Your Honor also placed us in the position of becoming witnesses, since we were now creating evidence ourselves, and not merely interpreting the testimony of a live individual in real-time.

In response to Your Honor’s assertion that “we don’t have time for a transcript,” I would like to ask if Your Honor believes that our courts have the time and resources for the appeals in such cases?

Editor’s Note: This article was culled from a social media post with the author’s permission. 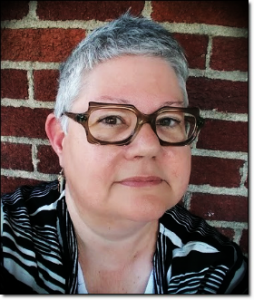 A native of Washington, D.C., Heather Hayes lived in Europe for over 15 years before settling in the southern United States in 1997. She is a certified federal court interpreter and conference interpreter. She learned Spanish and Catalan through self-study and immersion.

Always strongly interested in minority languages, she is a staunch advocate for the use and protection of the Catalan language and culture.

She divides her time between L’Albagés, a tiny village in the olive-oil mecca of Catalonia, and Middle Tennessee—where she sings and plays fiddle in an old-timey string band.  She can be reached by email at silvertownexpress@gmail.com