This article was originally written in 2017 by Gio Lester ©

Yes, I have lived a sheltered life. At least where languages are concerned. I have always circulated within groups whose languages I understand. As a result, I have no idea what it must feel like to rely on a stranger to convey your thoughts, ideas, perceptions, doubts, feelings, insecurities. I imagine it is frustrating.

I have always lived on the other side of the coin: I am that stranger trying to convey others’ thoughts, ideas, perceptions, doubts, feelings, insecurities. I can tell you all about the frustrations of not being trusted with all the information that will allow me to fully convey a complete image of the person I am speaking for. Yes, the ancillary information that adds nuance, connotation, dimensions to the sounds uttered by the individuals whose voices we, interpreters, become.

As a professional interpreter, I am trained to grasp and relay ideas, concepts, feelings, doubts, insecurities, ambiguities, etc. just as they were conveyed to me by the speaker whose voice I have become. It can be a child speaking to a teacher or a doctor; a CEO speaking to his managers; a doctor speaking to colleagues from a different country; heads of state at an international meeting; an expert witness at a deposition, etc. But I perform at my utmost best when information is shared and I can prepare for the task at hand. After all, my job is to make those I speak for sound as intelligently in the foreign language as they do in their native language. 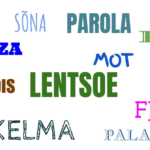 Not being able to do so can have serious consequences, as can be confirmed by the 37-year-old gentleman who lost his driving privilege for life because his interpreter could not relay his empathy and remorse to the judge. Or the husband who was removed from home, leaving his bi-polar wife without support because a Cuban policeman thought that pegar in Brazilian Portuguese meant the same as in Spanish. Or the Spanish lawyer who could not understand why dever in Brazilian Portuguese does not necessarily mean “shall” in English… Frustrating is not strong enough an adjective.

Last year, I had the unusual pleasure of working with someone who fully understood the role of the interpreter and took advantage of that tool placed at his disposal to help carry his message forward with full force. It was such a pleasure to receive his carefully handwritten “Notes to Interpreters” one day before the event. They contained only the highlights and uncommon bits of knowledge he was going to touch upon. The advance delivery allowed my colleague and I to research unknown terms and concepts, plus we had a brief meeting with the speaker himself a few minutes before the event to clarify any questions we might have. How refreshing! And it had the effects he was counting on: we could prepare ourselves and a bond formed between us that caused us, interpreters to do more for him, to go beyond what was expected. The audience’s response showed him that his tactic was effective.

I can only hope that his example will be fresh in my mind when I find myself in his position: counting on the good grace and knowledge of strangers to convey my message in a language I am totally ignorant of.

Brazilian-born Giovanna “Gio” Lester, Co-Chair of NAJIT’s PR Committee, started her career in translation and interpreting in 1980. Gio is very active in her profession and in the associations she is affiliated with. In 2009, she co-founded the Florida ATA Chapter (ATIF), served as its first elected president (2011-2012), and later as president of its interim board. As an international conference interpreter, Gio has been the voice of government heads and officials, scientists, researchers, doctors, hairdressers, teachers, engineers, investors and more. Gio has been a contributor to The NAJIT Observer since its inception in 2011, and its Editor since 2016. In 2017 she was appointed Chair of the Miami Dade College Translation and Interpretation Advisory Committee, which she had been a member of since 2014. In 2018, Gio was elected to the Executive Committee of the Brazilian Association of Translators and Interpreters,  Abrates, as its General Secretary. You can follow her on Twitter (@cariobana) and she can also be reached at gio@giolester.com. Click here to read other posts by Gio.