This post was originally published on May 31, 2013 by Ewandro Magalhães. Besides being an exemplary interpreter, Ewandro is also a gifted writer. He is currently in Switzerland, serving as Head of Conference Management Services at the International Telecommunication Union. 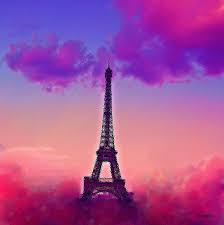 I must have been five or six, but I still remember vividly the day I realized I could read. I was gingerly crossing an intersection in my hometown, my father towing me by the hand, when the hazy neon light in the distance suddenly collapsed into a meaningful string of letters: “c-i-n-e-m-a”.

The feeling was transcendent. A code had been broken. A veil had been lifted. It felt like I had awakened to another physical sense, one I didn’t know existed. All around me words started to come out, shyly and partially at first – RESTAURAN… – then strongly: ABERTO, SIGA, PARE. They seemed to smile in relief, like they had been impatiently waiting to regain their significance after a long, dark night of oblivion.

For a month or so I had sat by my father’s battered Remington, punching keys at random in growing frustration at not being able to stitch even one meaningful word together. I was disappointed that the many lines of letters, spaces and punctuation marks failed to communicate something when I finally whooshed the page out from under the rubbery roll. “Dad, what have I written?”, I would ask in hopeful anticipation. “Nothing, son. Nothing really”, he would reply, with a benevolent smile that made his eyes squint so hard you would wonder whether he’d gone blind for a moment.

My father would then sit by my side and briefly explain concepts like vowels, consonants and, ultimately, syllables. He would stay just as long as necessary to inspire me to try again. “Oh, I got it, I got it!”, I would say impatiently, pushing his hands out of the way to engage in another bout of typing, usually no more effective than the others and just as frustrating. Dad would then retreat until disappointment brought me back and the process could be repeated. My father knew I had to own the experience and so he would push the door ajar just enough to let some light in, never really swinging it open. Yet, through that crack, albeit narrow, there was no limit to what I could see if I ventured close enough. I guess he wanted me to understand that.

In time, letters stuck into syllables that grew into words and then sentences. And before I knew I was standing at that busy intersection in utter amazement. I had pushed the gates with my own hands and stepped into another dimension. It was all magical and exhilarating, of course, but I remember feeling frustrated, too, at being no longer able not to read the neon signs. Despite the sudden empowerment, the child in me resented being robbed of its innocence. Colors and shapes had grown into something else. I had grown too, and now had to make sense of the world and label my own experiences.

Fast forward ten years. I am now in my teens, trying to learn English. Dad and I are sitting on the floor in the living room with Nat King Cole playing softly in the background. The song talks of a monkey flying on the back of a buzzard. The images are fun. The language is slangy. Straighten up and fly right. Cool down, papa, don’t you blow your top. My curiosity is piqued as key words are translated. Another brave new world is slowly unlocked. Seen through the prism of language, reality gains a broader, richer perspective.

I am now on my daily commute to Geneva, many years later, listening to a French song on my iPod. The tune is one I have heard a thousand times. Against the backdrop of the snow-capped Alps, the train whizzes past well-trimmed vineyards on the banks of Lake Leman. The Mont Blanc looms into view and I let my mind wander. I indulge for a second and drift into silent appreciation of this precious moment. I tilt my head back, take a deep breath and soak it all in. As I lie there half-awake, marveling at the scenic ride, the lyrics take meaning for the first time. It strikes me hard.

What was once gibberish now resonates in perfectly meaningful French, in a beautiful love song. Another threshold has been crossed into a warm, welcoming universe of opulent mountains, placid waters and never-ending love. My newly acquired tongue takes me back to my instincts. Through the revolving doors of language I have come full circle. I am again the kid I once was, standing halfway on that pedestrian crossing. Colors morph back into feelings rather than words. I open my eyes with a jolt, look around and see everything anew.

Edith Piaf had been telling me all along: through the lenses of love and bliss, life takes on beautiful rosey hues. I can see clearly now. My innocence is restored. I smile wide and squint my eyes so hard you’d think me blind for a moment. Yet through that crack, albeit narrow, for the first time again in years…  je vois la vie en rose.