If you can remember your first foreign language class, there might be confusion between “Bonjour” and “Good morning.” Bonjour quite literally means “good-day,” but is often used in the morning nonetheless. If we ask why, the teacher might say it is the norm, nothing to worry about when learning. When we are taking those baby steps in multi-lingual exploration, we will often simplify these sorts of things. When we step into the field of translation, however, these rules become more important. 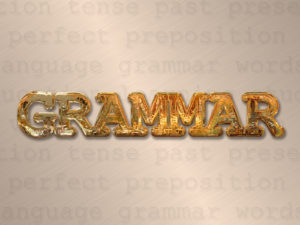 A perfect example lies between French and English and with the direct object—what does “it” do? The English language, as well as most languages, has a grammatical system for referencing an object which is physically in front of you. One might say, “I see the tree.” In this phrase, there is a simple grammatical structure to follow: subject, verb, and object, or SVO for short. The pronoun “I” is the subject of the phrase, the performer of the action. An action is referred to as the verb, in this case, the word “see.” Finally, the object is the noun “tree,” which is the receiving the action. These rules describe the basic order of phrasing that every English speaker learns, even if they don’t realize it. They make up the order of the compound phrases one uses daily for communication both verbal and written.

The ‘it’ tool tends to be used universally and liberally throughout English writing for the sole purpose of manipulating focus.

Another aspect of the English system is the use of the word “it,” which very often can replace the subject or the object of a sentence. For instance, one might say: “I see the tree;” if the tree is in one’s line of sight, one can say “I see it.” English will still maintain the SVO form even when replacing the object of the sentence with a pronoun. Other words can also take a noun’s place, such as “this,” “that,” “those,” etc., depending on the context. Specifically, if the tree is far away, one can say, “I see that.” The interesting factor is the verbal and often written tendency to prefer the use of the word “it.” In common conversation, one will usually use the word “it” because of its generality. To clarify, such usage tends to take attention away from the object and place more emphasis on the subject. One comparison of this grammatical technique occurs between the phrase “she took the rice,” versus, “she took it.” As ambiguity is placed on that which is taken, the focus is redirected towards the one who acted, as it is the only information the reader now knows. Additionally, depending on the context of the writing, such mystery can call attention to the object. The “it” tool tends to be used universally and liberally throughout English writing for the sole purpose of manipulating focus. It is also a strategy used in other languages around the world; but there is a misconception that it works in the same way for each one.

Take for instance the French language, which follows the same grammatical pattern as English does for the basic SVO structure. In French, the sentence “I want the apple” is “Je veux la pomme.” The structure is the same: subject, verb, direct article, object, all in the same order for both languages. The direct article is always “the” in English, but in French it varies between “le,” “la,” and “les,” depending on the gender and numeric value of the intended object. Since in French the word for “apple” is a feminine singular noun, the article “la” is used, whereas in English, the form of the article does not change based on the gender or number of the noun; the word “the” is used to introduce all singular objects and some plural objects according to context.

The primary understanding must be that French and English have the same basic lexical structure in reference to the way they use the SVO alignment. When one wants to use a translation of the word ‘it,” however, there is a change in French. If a speaker wants to say, ‘I want it,” they would write je le veux. (It should be noted that, in French, if the gender is unknown, the presumption is masculine, or “le”). In the above-mentioned example, there is an alteration of the usual SVO order. Now, the placement has shifted to SOV. This occurs because when one wants to use the direct object pronoun, or “it,” it must be placed before the verb (“Lawless French”). Such a change is a direct example of the confusion between translation and literal translation, as the literal translation would be “I it want.” While it may make little sense to an English speaker, it makes perfect sense to a native French speaker. When crafting a language, different decisions are made all throughout the world depending on the environment in which they were created. For the French, it simply made more sense to direct attention to the object by placing it before the verb. Despite this phenomenon, the effect is the same: in both French and in English, the audience’s focus is manipulated.

In linguistics, this shift in structure is called transposition. Despite the fact that the two phrases have the same meaning, the structure must be changed to sound natural in the target language (Translator Thoughts). Transposition is a crucial part of the translation process as it pertains to accuracy. One must be sure to preserve the intentions of the speaker, which means communicating not only the basic idea of the sentence, but also the underlying insinuations of the original text. Thus, when taking the example of “je le veux” and translating it into English, one would not say “I it want,” but rather, “I want it.” Above all else, authenticity and preserving the original intent of the author are the primary goals of a translator.

[Eleanora S. Kamerow is an undergraduate student at Bucknell University, majoring in English and minoring in French. She intends to pursue a career in the editing and publishing industry. Currently, she works on campus as a writing consultant in Bucknell’s Writing Center. In past history, she’s worked for Penn State University’s Comparative Literature Journal.]