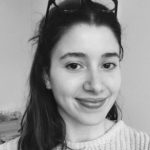 Day after day, interpreters devote themselves to becoming the spokespersons of witnesses, refugees, politicians, victims and patients. Not only do interpreters listen to their client’s voice, they also immerse themselves in the speaker’s cultural background, life and storyline, regardless of how distressing it may be. Additionally, the mandatory use of the first person, I/we, while interpreting also makes it nearly impossible for the interpreter not to vicariously experience the client’s trauma on a deeper level, and may even trigger memories of painful past events. Therefore, when interpreting traumatic events, interpreters inevitably put themselves at risk for developing psychological distress. Like many other emotionally demanding jobs, interpreters are in fact very likely to experience intense emotions such as fear, anger, confusion and anxiety. It is thus possible in this context to refer to vicarious trauma, which is defined by Robert T. Muller (2013) as follows:

“Vicarious trauma can be best understood as the absorbing of another person’s trauma, the transformation of the helper’s inner sense of identity and experience. It is what happens to your physical, psychological, emotional and spiritual health in response to someone else’s traumatic history. Vicarious trauma can affect your perception of the world around you and can result in serious mental health problems such as depression, anxiety and addiction.”

In order to raise awareness about the risks associated with this field of work, I decided to conduct a study regarding the effect on interpreters of interpreting traumatic events on a regular basis. To this end, I gathered testimonies from 12 interpreters in one-on-one interviews, six of which were conducted in Paris, three in Geneva and three via Skype. My survey sample was made up of four men and eight women: seven from North Africa and the Middle East (Algeria, Tunisia, Lebanon and Syria), four from Europe (Italy, Spain, Romania and Belgium), and one from Russia. In this survey, eight of the 12 interpreters had interpreted detailed descriptions of acts of torture; six had interpreted for victims of terrorist attacks; and five had dealt with subjects such as famine, hostage-taking, rape, abuse and sexual assault. In order to conduct a comparative study, the interpreters were divided into two groups: the high-frequency group, made up of eight interpreters facing high exposure to traumatic content; and the low-frequency group, made up of four interpreters facing low exposure to traumatic content.

Seven out of Eight Interpreters are Affected by Traumatic Contents

Thinking back on her own experience interpreting in Syria one of the participants recalled the following: “Recently, I had to interpret for Syrian women in refugee camps… It was the most horrific thing I ever had to do in my life […] I had nightmares about it for months, re-imagining everything they had told me.”

Impact on the Quality of Interpretation

Further investigation showed that four interpreters from the high-frequency group believe that when interpreting in a judicial context the fate of their client depends heavily on their own performance. As one participant explains, “Their fate is entirely in my hands, since I am the one who passes on what they have to say… it only adds to the stress and pressure […] It all comes down to me. The person can be released thanks to a good interpretation, and that same person can also be sentenced because of a bad interpretation.”

Therefore, the stress induced by the sense of responsibility towards others is significant. In addition to possible physiological consequences, repeated exposure to stressful working situations may cause higher psychological risks such as feelings of loss of control, overexertion, tension and exhaustion. Furthermore, two other interpreters explained the negative effects that interpreting for a cause they do not support can have on them. One of them revealed that she became aware of the fact that the quality of her interpreting decreased noticeably when interpreting for a misogynist politician: “I had so much trouble interpreting for this misogynist MP. I knew I wasn’t being impartial. I knew people could hear the anger in my voice… I couldn’t help it. At first, I tried to stay neutral, but I couldn’t.”

In order to reduce the negative effects caused by exposure to traumatic content, the interpreters who participated in this study shared the different coping strategies they use on a daily basis. In the survey, most interpreters stated that they released negative feelings through sports activities. The second most commonly used strategy is to share one’s experiences with the social or family circle.

However, several interpreters mentioned the additional challenge caused by confidentiality when interpreting for victims of trauma: “When you’re on a mission, not being able to talk about it with your family is very difficult. You can’t say anything on the phone because everything is under surveillance. With all that we have seen and heard, not being able to vent raises the levels of anxiety and frustration that we feel.” 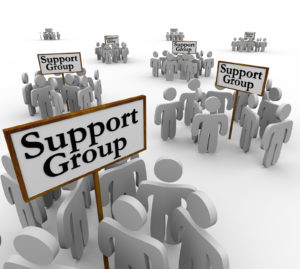 In addition to this stress, another participant mentioned how the constant ability to adapt that interpreters must demonstrate may trigger a state of extreme physical or mental fatigue: “When we go out on a mission for one or two weeks, it is like a window opening to another world, and we are not always ready to adapt to this new environment. These constant social adjustments are what can be truly traumatizing… It is about living in different cultures, and finding ourselves again once we come back.”

...none of the participants were aware of any kind of support system available to them in their work environment

A Lack of Support

Despite the fact that seven interpreters from the high-frequency group admitted being affected by these situations, none of the participants were aware of any kind of support system available to them in their work environment. In fact, several of them expressed their disappointment with the absence of support. In total, four participants from the high-frequency group expressed the need to get help.

Several interpreters spoke of colleagues who have suffered from such extreme burnout that they are currently unable to work, and 100% of the participants stated that they never received adequate training to cope with interpreting traumatic content.

Lastly, the fact that three participants from the high-frequency group have been or currently are attending individual therapy is additional evidence of the need to heighten awareness of the risks that interpreters are exposed to. In this regard, this study seeks to emphasize the need to provide further training to interpreters as well as adequate support and counseling services. Implementing team supervision focused on the support and improvement of interpreters’ working conditions is an option that should also be considered. Providing supervision would not only give interpreters the opportunity to collectively explore their own professional experiences, it would also allow them to discuss complex work issues and mobilize new resources to face them.

[Charlotte Henson is a Franco-American psychologist specialized in work-place related trauma. Her areas of expertise include vicarious trauma suffered by emergency service professionals (fire fighters, paramedics, etc.) and professional interpreters working with victims of violence, crime, torture, and other forms of abuse. She based her Master’s thesis on a field study she conducted which included United Nations Interpreters in Geneva and Paris, as well as certified Court and Police Interpreters. She is also experienced in real-time critical assessment and strategic response to victims of traffic accidents, attempted suicide, loss of family members, serious injury or medical emergencies.]