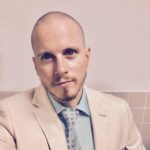 If I were a native speaker of Russian, I would probably have the following linguistic attributes in the Russian language: proper grammar, extensive vocabulary, superb comprehension of both the spoken and written language, the ability to communicate freely with other Russians. Above all else, when I spoke Russian, I would sound like a native speaker. My accent and pronunciation would be similar to that of my fellow countrymen.

What if I possessed all of the foregoing attributes except accent and pronunciation? What if I spoke with an American accent, making it difficult for other Russians to understand me? It might even be difficult to convince people that I’m Russian. Let’s take it a step further. What if I became a Russian/English interpreter, yet still having the same issue with my accent? How qualified would I be in your opinion?

One of the first things I remember reading about court interpreting was the language standards that the candidate must meet before even considering taking the exam.  One of those standards was to have achieved a native-like fluency in both languages.  When I think of someone who has achieved a native-like fluency in English and Spanish, I usually picture a child of Hispanic immigrants, who either moved to the USA as a child, or was born here. His parents and possibly the entire family spoke mainly Spanish at home. They mastered English by learning it in school, and being constantly exposed to and having interaction with non-immigrants. In short, they grew up bilingual. They have the ability to sound like a native speaker of both languages. If they do speak with an accent, it is slight enough not to inhibit their speech. This is the level of sophistication that we should strive for as interpreters.

I once heard an interpreter say that accent wasn’t important. The ironic thing was that I barely understood her as she was speaking. This was during an interpreting workshop.  Each one of us was asked to stand and introduce ourselves. When this particular lady stood and began to speak, I had to work hard to focus on what she was saying, often only understanding her words a few seconds after they were spoken- almost like the decalage that takes place during simultaneous interpreting, only this time I was having to interpret from English to English. This was a huge distraction to me, and made it difficult to understand her message. Instead, I was focused on understanding the words. Sound familiar? This is the opposite of what we are trained to do as interpreters:  focus on the meaning of the message being spoken rather than merely the words. 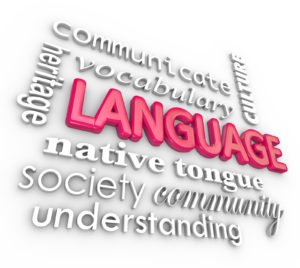 Often when working with attorneys, I like to instruct them on how to utilize my services effectively. The easiest way to explain it to them is to tell them to use me like a cell phone. They speak through me to their clients. My job is to convert the message from the source language into the target language, maintaining the same register, emotion, and meaning without adding or omitting anything – sort of like a cell phone. What if when talking to a client on the phone, the message were to become distorted somehow? What if the voice the client heard was in a heavy foreign accent? If it were subtle, it probably wouldn’t make too much of a difference, but if it were moderate to heavy, part of the listener’s focus would be on trying to decipher the words. They would be at least slightly distracted.

Speaking with an accent poses different problems for the interpreter, depending on which accent they are retaining

If he learned the foreign language later in life, perhaps in school.  When interpreting from English into the foreign language for the limited English Proficiency person (LEP) , it’s quite probable that the LEP may not understand certain parts of the message, due to either mispronunciation, slurring of words, or part of their focus being distracted away from the meaning from having to struggle to decipher words. Therefore, the response made by the LEP could very well be based on a basic misunderstanding of the original question.

By the age of five, most of us already know about 5,000 words. Around this age we begin school, and start to learn how to read and write, and use proper grammar.

When we learned the alphabet, we were taught to assign sounds of our native tongue to each letter or combination of letters, sounds that we had already learned how to produce. Those are the same sounds we can mentally “hear” while reading silently.

Compare this to the common classroom approach to learning foreign languages. The student learns the new alphabet on or about day one. If the alphabet uses Roman script, the student tries desperately to assign new sounds to letters that they have been pronouncing a certain way their whole life, which is extremely difficult. Most students have a natural tendency to pronounce the new alphabet with sounds of their native language, the only language sounds they have mastered. Once the alphabet is “learned,” the student proceeds to learn to read and write in the new language, but continues to pronounce the words using his or her native language sounds.  Added to this almost unavoidable trap of mispronunciation is the company of peer learners, the accents of whom are no better. This fosters a sense of social proof, subconsciously leading the student to accept this way of speaking the foreign language. Furthermore, if the student receives passing grades in said class, they can only gather that they are doing a good job. To make things worse, there is a likelihood that the teacher is also American, having studied along this same path and received a college degree, yet never having mastered the correct accent and pronunciation, thus perpetuating this verbal folly. If a student finds himself in a classroom in which the instructor is a native speaker, and focuses on correct accent and pronunciation, he may consider himself luckier than most. However, being introduced to the written language in the beginning will serve to be an immense obstacle.

This approach results in little to no comprehension of the language when spoken by natives, little to no verbal fluency, and a noticeable or even heavy accent. Although the student may become proficient in reading and writing, the lack of focus on listening and speaking leads to the common proclamation, “I can read it better than I can speak it.”

There are some students/graduates who realize the need to be immersed in a culture in order to master a language, who later on work hard and become interpreters. However, if they fail to lose their American accent, they may face the aforementioned obstacles.

For the interpreter whose native language is the same as the LEP, different issues exist. In the United States, he majority of judges, jurors, and attorneys speak English as a first language. Therefore, when listening to the interpreted testimony of a LEP spoken with a moderate to heavy accent, often uttered without the natural intonation that a native speaker of English would use, the listener could misperceive the meaning of the message..  Also, if the Interpreter’s accent is distracting to the listener, certain nuances of the message could be missed. If the interpreter does not sound like an American when interpreting a message spoken by the LEP, the listener has to judge for himself how the message was intended to be understood. This can force the listener to mentally interpret non-native sounding English into natural sounding English.

Fortunately, there are ways to improve one’s accent and pronunciation. In the words of one of my esteemed colleagues, Ron Vásquez, “It’s all about paying attention.” Language is something that we initially learn by mimicking native speakers. The good news is that there are native speakers all around us. Any mentally and physically healthy person can learn to produce new sounds. After all, we all share similar anatomy witch respect to speech organs. If you want to improve your accent, I suggest finding a coach, preferably a native speaker.

If your pride stops you from asking for help, there is an unlimited supply of audio or video recordings that you can use to shadow and/or mimic. Start by recording yourself speaking some basic words and phrases in your foreign language. Be honest with yourself. Listen objectively and intently. Ask yourself, “Do I sound like a native speaker?” Tune in your ear to the sounds that most obviously need attention, and work on those. Watch native speakers’ mouths when they are speaking. Recreate the experiences that you had as a child when you mimicked your parents.

For those interpreters who dismiss this notion altogether, I urge you to find it within yourself to strive for ever-increasing excellency in your language profession. You and the people you serve deserve nothing less.

For those interested in improving their accent and pronunciation, I would recommend language applications such as Memrise, or Mango.  They have built in features that allow you to record your voice and compare it to that of a native speaker.

One thought on “Does Accent Really Matter?”