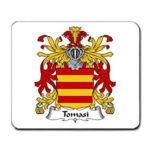 Courts throughout the country have suspended grand-jury proceedings to avoid confining a group of approximately two dozen people in a single room during the COVID-19 pandemic. This measure has increased the use of preliminary hearings in grand jury jurisdictions.

At a preliminary hearing, a magistrate judge (i.e., a lower-court judge) must find whether there is probable cause to believe that an offense has been committed and that the defendant charged in the criminal complaint committed it. During the hearing, the defense may cross-examine witnesses and introduce evidence of its own, although conventional wisdom in a “presumption of innocence” setting is that this procedure be used strategically to obtain discovery of the prosecution’s case and lay the groundwork for impeachment of the prosecution’s witnesses at trial. If probable cause is found, the magistrate judge must promptly require the defendant to appear for further proceedings; otherwise, the lower-court judge must dismiss the complaint and discharge the defendant. A discharge does not preclude the government from later prosecuting the defendant for the same offense. The term preliminary hearing is also termed preliminary examination, probable-cause hearing, bindover hearing or examining trial.

One of the first steps in translating the term preliminary hearing is to find the nearest linguistic equivalent in the target language (TL). In Spanish, for example, the literal translation would be audiencia preliminar, but it is not necessarily an equivalent.  The legal interpreter or translator, however, must also take into account the variations in legal systems. First, we know that in the common-law system, “preliminary hearing” is not just any hearing that comes before some other procedure, but one which determines probable cause at the judicial level. Therefore, the term has a specific legal meaning beyond its seemingly generic label. Second, if there is a legal term in the target-legal system that already captures the meaning of the original, that term should be used as an equivalent, but may be limited to one specific legal system when various countries that share the same TL are involved: this would amount to a legal regionalism. If there is no equivalent, the legal interpreter or translator may look to see whether the term audiencia preliminar a) corresponds with the legal English meaning; b) is a generic term or c) has its own legal meaning in the target legal system. If the legal meanings in both legal systems coincide, the term audiencia preliminar would be an appropriate translation. If the TL term is simply a generic term, it could also be used. However, if the linguistically simplistic term, audiencia preliminar is already used in the target legal system with a specific legal sense different from that of the source legal system, the term should be avoided because it does not share the same legal meaning. In this case, a new term may be needed for translation purposes, but it should be crafted with regard to the overall languages of both source and target legal systems.

Languages like Arabic, French and Spanish are the official language in many countries, each of which has its own laws and where one term may mean one thing in one country and something different in another. An analogy would be the use of the term “assault” in the United States. In one state, the term can refer to an attempted battery, i.e., an attempt to injure someone physically; in another state, the term can be used to mean the act of causing physical injury to another person.

A pretrial conference is a meeting between parties, usually before a judge, to discuss the issues of a case, to file motions or to review the evidence to be presented at trial. At this time, the parties may reach a plea agreement, subject to the court’s approval, or proceed to trial. Although a pretrial conference is also termed pretrial hearing, this term is used generically in some jurisdictions to refer to any hearing before trial, such as a suppression hearing, a Wade hearing, a Mapp hearing, etc., giving the term both a legal and a generic meaning. Of course, this is specific to American legal English, as British, Australian or other forms of legal English may use the term similarly, with a different legal meaning or not at all.

There is only one legal equivalent of preliminary hearing in Spanish and that is the term vista preliminar from Puerto Rico. Terms from Panamá (audiencia preliminar) and Mexico (audiencia de vinculación a proceso) are arguably close to the term preliminary hearing, but, also arguably, not close. If the literal translation is chosen, perhaps an interpreter’s or a translator’s note would be beneficial to explain the differences between the legal systems. Since the term audiencia preliminar in most Spanish-language countries is a closer match to what is called a pretrial conference in English, it may be best for the legal interpreter or translator to use a term that would render the legal sense in the TL, e.g., audiencia de control de la imputación or audiencia de indicios racionales de criminalidad or any explicit or implicit variations thereof: audiencia de indicios suficientes de criminalidad, audiencia de indicios.

[Sandro Tomasi has been a Spanish-English interpreter and translator since 1991. He is a New York State staff court interpreter and a certified medical interpreter by the State of Washington. Sandro is the author of the authoritative and acclaimed lexicographic work, An English-Spanish Dictionary of Criminal Law and Procedure (aka Tomasi’s Law Dictionary), and a contributing author of Black’s Law Dictionary, 11th ed. and Cabanellas de las Cuevas and Hoague’s Diccionario Jurídico, Law Dictionary, 2nd ed. Sandro has served as chair of NAJIT’s Education Committee and currently serves as chair of the Advocacy Committee.]