16 Aug Interpreting: A Passion…and a Challenge 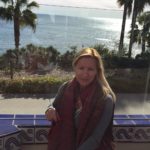 I was born in Spain and immigrated to the United States in 1975. My first exposure to consistent conversational English was in California. Their version of the spoken language is different from other parts of the country, just as in New Jersey where I now live.

In California, I learned, spoke and mastered the language to the point of attaining proficiency. I attended college, worked in a variety of jobs, and felt quite comfortable doing so. Then, while accompanying a friend to a municipal court, I overheard a conversation between a defendant and someone who professed to be an interpreter. When that case was called before the judge, I heard the interpreter state facts that were not said by the defendant. A guilty plea was then entered. Seeing this, I felt that an injustice had been done with the interpretation, and that I could have done a better job.

News reports at the time indicated as many as 3,500 court proceedings that were delayed for a variety of reasons, chief among them being the lack of qualified interpreters. (Fortunately, the number of certified court interpreters in California has increased dramatically since then.) I was not a certified interpreter at the time, but I wanted to become one. It was an exciting, busy, and challenging time, and I felt that I had to be a part of it. I fell in love with the idea of becoming an interpreter, and thus began my passionate journey.

During the decade of the 90’s, the State of California experienced an influx of immigration leading to millions of residents who spoke little or no English. Aside from Spanish, over 200 languages were spoken in almost half the households in Los Angeles County, and new languages like Armenian, Cambodian, Mandarin Chinese, Russian and Punjabi were added to the California’s court interpreter program.[1]

The demographics of the state were changing rapidly, and interpreters were needed everywhere. In a Hollywood robbery case, as many as six interpreters were required to interpret for witnesses and victims who together required interpreters in several languages: Spanish, Cambodian, Punjabi, Lebanese Arabic, Egyptian, Arabic and Tagalog, a language widely used in the Philippines.

At the time at which I first started working as a court interpreter, most civil cases were resolved out of court, and very few went to trial. The environment in which I began interpreting was mainly in the administrative forum. After a few years of interpreting at depositions, mediations and arbitration, my enthusiasm began to fade; I sought more of a challenge. I was aching to step into a courtroom, to experience the excitement of a jury trial, and to develop my abilities in more complex proceedings.

My desire for new, challenging experiences continued when I moved to New Jersey in 2006. It felt to me as though I was metaphorically staring at the Himalayan Mountains; the task that confronted me was a formidable yet an attainable one. And yet, like most challenges, preparing for and becoming a court interpreter was a challenge worth accepting. Today, I am an AOC approved, Spanish language court interpreter in the New Jersey Judiciary.

The projections made by statistics experts for the near future show a high percentage of employment growth for interpreters and translators, (much faster than the average for all occupations) and new positions keep opening up.2 As diversity in the U.S. increases and globalization continues at a breakneck pace, so will the demand for spoken-language interpreters.

There have been news stories on radio, television and in local newspaper that indicate that the number of Spanish speakers is projected to rise through 2020 in New Jersey. As in California, Spanish is the second most spoken language with more than a million speakers in the state.

My first criminal case in New Jersey was a murder trial of a young man of limited English proficiency. Empathy and the realization of the importance of competent interpretation in such a critical case were ever-present for myself and the interpreting team. Although the outcome of the trial was not favorable for that young man, he was provided equal access to justice. It was a challenge to which we rose with passion and professionalism, and this kind of challenge continues to motivate me and, I trust, interpreters everywhere.

[María Teresa Pérez has been a certified Spanish/English court interpreter since 1996. She began her interpreting career in California, and she is now as a staff interpreter in Ocean County Vicinage, New Jersey. She is also an instructor in the interpreter program at Brookdale Community College, Lincroft, New Jersey. In her spare time, she loves to travel abroad and enjoys music and the arts.]