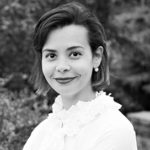 In Pennsylvania, the state where I live and work, roughly 5% of the population speaks Spanish at home and almost 1% speaks Chinese, Dutch, or German, among others. According to the United States Census Bureau, almost 20% of the residents of the United States speak a language other than English. In Pennsylvania, 11.8% of the people speak a non-English language, which leads one to believe that the totality of those groups may not be proficient in English.

Given that mix, the Pennsylvania Supreme Court has ordered language access for people with limited English proficiency (LEP), hearing loss and deafness. Since due process is one of the core values of the U.S. justice system, the courts stress the need to ensure that a defendant receives a fair trial. In that regard, the Pennsylvania court system promotes access to linguists (translators and interpreters) for LEP defendants. 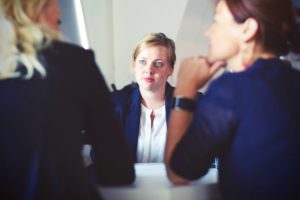 Furthermore, in cases regarding family matters or landlord-tenant issues, the courts offer the parties the opportunity to mediate their disputes. Mediators (neutral facilitators) offer an environment in which the parties can explain their issues and try to find solutions to their conflict. In those cases in which one or both of the parties does not speak English, or speaks it to a limited extent, mediators must find an interpreter.

Mediators must follow mediation standards that encourage party participation and procedural fairness. An interpreter must use the right words so that the party understands what the mediator is trying to communicate, and not what the interpreter thinks the mediator wanted to say.

How to Choose an Interpreter

For example, Robert Mnookin, a leading scholar in mediation, teaches the “empathy loop” technique at the Program on Negotiation at Harvard Law School. Using this technique, which is broadly applied in mediation, the mediator demonstrates an understanding of a party’s response by restating the answer in other words, i.e., signifying the other side’s viewpoint back to them.

The interpreter must understand how this technique works and be able to apply it sequentially in the target language so that there is nothing lost in the language shift. Likewise, the mediator constantly expresses empathy as to the situation, which will contribute to the success of the mediation, meaning that an agreement is established.  If the interpreter does not show the same degree of empathy, a lot of what is said and done (including body language) could potentially impede the mediation.

Mediation interpreters must understand the rules of mediation and the need to be impartial.

The interpreter must understand and recognize how to interpret what is said in order to avoid misunderstandings, and exclude literal interpretations that do not match the meaning, register, and tone of the target language.

Mediation interpreters must understand the rules of mediation and the need to be impartial. The facts of the mediation must be relevant to the interpreter only in his performance as a language professional. The interpreter’s task is never to take the place of the non-English speaking party or to elaborate on the meaning of the client’s utterances.

Interpreters must understand that their role is to accurately interpret the languages they were hired to interpret. The interpreter must not suggest, add or delete meanings or alter the linguistic content in any way.

For those interpreters who work for the courts, it would be a conflict of interest to participate in the court proceedings of the parties mediating if an agreement is not reached.

Mediations constitute the best way to resolve a conflict. For those parties to whom mediation is offered, it is a chance to decide the outcome of their dispute; there is a lot at stake if a meeting of the minds can’t be achieved through mediation. Since the goal is for the parties to resolve their dispute outside of the courts, it is essential that the interpreter utilize his knowledge of the language of mediation–mere knowledge of language is not enough.

[Salua Kamerow works as a Spanish linguist. She is a Colombian lawyer with a Master of Laws from Penn State University and a Master of Science in Translation from New York University. Her interests vary among contrastive stylistics and terminology. She has extensive expertise translating and interpreting in the fields of energy, community justice, and alternative dispute resolution.  She also attended the program Mediating Disputes at Harvard Law School, and she volunteers occasionally as a mediator in Centre County, Pennsylvania.]