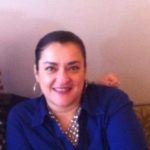 I had a case where a man was accused of indecent liberties with a six-year-old girl who was his neighbor. The allegations were disturbing, and the case affected my personal emotions, but I had to remain impartial and interpret for the attorney and his client.

The client decided not to go to trial, but rather to take a plea in exchange for less time in prison. The attorney talked to his client in lock-up to go over the plea agreement, but before he would accept it, the defendant requested to speak with his wife, who was terminally ill. He had the impression that he was never going to see her again, because he was going to prison for three to four years. The defendant said that he wanted to tell his wife that he was innocent.

He had the impression that he was never going to see her again, because he was going to prison for three to four years.

The defendant’s wife was then escorted out and we came back into the room. As soon as she left the room, the defendant changed from talking as an innocent man, and started talking like a predator..

Among other things, he asked his attorney if he would be able to go back to Mexico after the case was concluded. This was when the conversation took an unexpected turn. Incredibly, the attorney said to the defendant: “You can go to Acapulco and get another girl. What age do you want?”

The defendant laughed and said, “I want to get a little older girl, maybe 8 or 9.”

As I continued to interpret back and forth, both the attorney and client where laughing, talking like adult men might talk about a woman of legal age.

They both looked at me, as if they wanted to see if I was amused as they were laughing. I averted my eyes to avoid having eye contact with either of them. As a professional, I remained composed, but the mother in me was disgusted.

“He’s not innocent, right?” she asked.

“I’m sorry,” I told her. “I am the interpreter and I cannot divulge a private conversation between an attorney and his client.” I then walked away and I heard her say, “I know he’s guilty, I’m not stupid!”.

This situation posed a challenge for me. I had to react quickly and not let my anger out that I felt as a mother, listening to grown men talking about abusing children.

I had to maintain a straight face, and be impartial and ethical, especially at the moment that the wife approached me. I could have told her the truth about the conversation, but in so doing I would have violated the interpreters’ code of ethics. Had these men continued to speak in this manner much longer, I believe I would have recused myself from continuing to interpret. In twenty years as a professional interpreter, I have only recused myself twice, but this case was so twisted, I almost felt I could not finish it. Thankfully, I was able to do so.