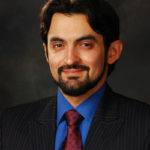 [Editor’s Note: This feature explores how individual interpreters confronted difficult situations in their respective jurisdictions. When in doubt about a particular solution, it is best to consult a supervisor or experienced interpreter in your jurisdiction. Finally, please consider submitting responses to this article or describe a situation of your own and tell us how you handled it!]

When Doing the Right Thing Feels Wrong: A Lesson on Interpreter Ethics in the Real World

When I began my training as an interpreter, the ethics code was one of the first things covered in my state’s weekend orientation program. I familiarized myself with the ten canons of ethical practice and felt that all seemed pretty straightforward. It was clear to me why it was inappropriate for interpreters to omit information, interpret for a friend, or offer their own opinion in a proceeding. Once I began actually interpreting in court, however, a more complex picture emerged; I realized that ethics in practice in a live courtroom were not as clear-cut as abstract principles on a page. I learned firsthand that situations could emerge for which the code of ethics did not have a clear answer, and about which experienced, ethical interpreters could disagree.

Shortly after I earned my state certification, I found myself in court at a defense attorney’s request to interpret for a defense witness. As we were waiting to go into the courtroom, I was sitting across the hall from the witness to put some space between us and lessen any temptation the witness may have to talk to me. When the defense attorney stepped away for a moment, though, I saw the prosecutor approach the witness, and I came over to interpret their conversation. The prosecutor wanted to know if he could ask the witness some questions before the hearing (basically getting a preview of what the witness would be saying on the stand to be able to prepare his response). The witness agreed and the prosecutor gestured to an empty meeting room.

Negotiating this situation required a split-second decision on my part (which I will share below), but reflecting in hindsight on the issues raised that day, it was really about weighing the principle of equal footing for litigants, no matter their language, against the moral quandary of interpreting and thus facilitating a questionable interview. I would define equal footing as the notion that limited English proficiency parties (LEPs) should be afforded the same access to justice as those who speak English well enough to not require the assistance of an interpreter. As an interpreter, this approach requires you to constantly ask yourself, “How would this go down if this person spoke English?” Equal footing is an idea that cuts both ways for LEP’s, though. Just as an interpreter should not comply when a party prefaces a statement with, “Don’t interpret this:” (because doing so would put the LEP at an unfair disadvantage compared to an English speaker who would be able to hear anything said in their presence), an interpreter should not offer guidance or advocacy that an English speaker would not receive in that same situation. Specifically relating to the situation at hand, if the witness I had before me spoke English, he would be free to decide for himself whether to accept the prosecutor’s request for informal questioning before the start of the proceeding, and as such I should continue to interpret as long as those two parties are talking to each other.

Arguments against interpreting the questioning touch on an interpreter’s responsibility to both the Court and the defense attorney. A basic premise of this would be that the prosecutor’s questioning without the defense attorney present is inappropriate if not unethical, and that the interpreter should not facilitate it by agreeing to interpret it. As the interpreter, I was, after all, in a position to shut the whole thing down if I were to refuse to interpret the kind of ex parte communication the prosecutor was hoping to have with the witness. If I said something to the effect of, “We need to wait for the defense attorney to get back before I interpret any questioning of their witness,” the plan would be shot, as the defense attorney probably would have never signed off on that kind of maneuver. This raises a different question: how much loyalty do I owe the attorney who requested me? So much that I should not interpret an exchange their witness has freely agreed to enter into because it does not further the interests of the attorney or their client? It bears noting that although the attorney had been the one to call and request that I appear, I was being paid by the court for my services that day. So I could not have been said to be “working for the defense attorney.”  The degree of free will exercised by the L.E.P. in that situation could be debated (the witness may not have realized he could have refused the questioning or even knowing that, may not have felt comfortable refusing) but to remedy any of these issues, I would have had to step out of my neutral role to advocate (directly or indirectly) for the witness.

In the moment I had to decide what to do, I ultimately opted to interpret the exchange based on the principle of equal footing. As questionable as it may have been for the prosecutor to try to question a witness without defense counsel present, I reasoned that if the witness had been English-speaking, he would have been free to decide for himself if he had wanted to be questioned. As discussed above, the downside of equal footing for LEPs is that by interpreting in some situations, we are in effect preserving their right to be tricked, coerced or confused like an English speaker. Our duty as interpreters is first and foremost to our code of ethics and not policing attorneys’ ethical practices. We cannot facilitate the commission of a crime by interpreting, but while the situation outlined here may have been questionable in terms of etiquette among attorneys, it was not illegal. As much as we may not like how certain proceedings play out, maintaining neutrality is a fundamental principle of ethical practice. In this instance, I did not feel comfortable stepping out of my neutral role and refusing to interpret an exchange the witness had agreed to have. Circumstances dictated choosing the lesser of two evils and in this instance, the best option was to maintain neutrality and interpret the questioning. However, I realize others may see it differently and welcome further discussion.

[Ernest is currently a freelance legal and medical interpreter and translator based in Des Moines, Iowa. As a state and federally certified court interpreter, he has interpreted legal proceedings and prepared translations, transcriptions and expert witness reports/testimony for clients in the private and public sectors. Niño-Murcia is also a contract interpreter and quality assurance evaluator/trainer for Lionbridge. In addition to his work in the field, he has given talks and workshops to interpreters, judges and attorneys in forums such as NAJIT and state/regional conferences. He graduated from Brown University with a B.A. in anthro-linguistics and is a Jeopardy champion (2012).]