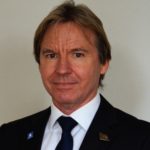 The contemporary security environment has compelled governments to expand the portfolios of national security and law enforcement agencies in response to increases in instances of serious and organized crime and the heightened threat of violent extremism. However, unlike the United States, which introduced a National Security Language Initiative (NSLI) in 2006, Australia has yet to explicitly address the importance of language capability[1] development required to keep Australians safe from serious and organized crime. This gap in policy-making has significant implications for Australia’s national security and the criminal justice system, as discussed in this article.

Rapid advances in technology have seen an increased reliance upon electronic surveillance measures to monitor and prosecute alleged criminal behaviour, particularly in relation to drug-related crime (Adamoli et al., 1998). In a globalized world seeing rapid increases in technology and transnational crime, community interpreters and translators are frequently engaged by law enforcement and national security agencies to transcribe and translate telephone calls, text messages, emails and conversations intercepted by covertly placed listening devices for operational and evidentiary purposes. Translated transcripts presented as evidence in the open court system provide a valuable source of data that can shed light on the reliability of Australia’s language capability relied upon to meet national security objectives.

This article discusses the research findings and associated implications for the criminal justice system operating within the scope of a broadened security agenda. The results are relevant to the US and Australian contexts in which the evidentiary value of translated transcripts to prosecute serious crimes including terrorism has become increasingly important.

Analysis of qualitative and quantitative data revealed systemic deficiencies in Australia’s national security preparedness concerning language capability upon which law enforcement agencies rely to combat serious and organized crime, including terrorism. The research also identified how language deficiencies adversely affect the integrity of the criminal justice system.  It was found that in the absence of adequate quality-control procedures to check the veracity of translated transcripts used as evidence in criminal trials, there is a widely-held misconception that the transcripts presented in English are accurate. Systemic errors that remain undetected in translated transcripts pave the way for expert witnesses, often police officers, to draw conclusions and proffer evidence based on incorrect information.  The research revealed significant and systemic errors in translated transcripts. Causal factors were identified in areas of interpreter and translator training, skills recognition, and the working environment.

The open court system provides an important source of data. Significant distortions of meaning were detected during post-trial analysis of translated transcripts presented as evidence in Vietnamese drug-related trials in the County Court of Victoria. Errors of translation were further compounded by expert opinion evidence proffered by police officers who further interpreted English terms contained in the translated transcripts as alleged code words for drugs.  Of note was the inconsistent way in which the English word “thingy,” alleged by the prosecution to mean drugs, appeared throughout transcripts that were translated from intercepted Vietnamese conversations. During court observations it was noted that a police officer proffered expert opinion evidence that the word “thingy” was a term used by the accused to refer to one ounce of heroin and further stated that the word is consistent with Vietnamese drug-related activity. This research determines that the expert opinion evidence was based on incorrect translations, as explained below.

Discourse analysis of the translated transcripts revealed that the English word “thingy” had been incorrectly used in place of optimally appropriate anaphoric[2] and exophoric[3] reference words such as “it,” “that,” “there,” etc., in accordance with the context of the intercepted Vietnamese conversations. Further investigation revealed that Vietnamese community interpreters and translators contracted to translate telephone calls and listening device recordings had become accustomed to using the word “thingy” when they were unsure of what was being referred to in intercepted conversations.

The following five consecutive Vietnamese utterances that were intercepted by a listening device appeared in a translated transcript and were selected for analysis. They demonstrate how the word “thingy” frequently appears in Vietnamese drug-related transcripts. The Crown alleges that there were two people in a room discussing the division of heroin for later distribution. The source text utterance below is a direct transcription of what was said in the Vietnamese contained in the audio recordings that were played in open court.  This is followed by a word for word literal translation into English produced by this author in consultation with another professional Vietnamese court interpreter and translator. The extract from the translated transcript as read to the court in English is then provided. A proposed alternative translation has been produced by this author in consultation with an Australian professionally accredited Vietnamese interpreter with 25 years of court interpreting experience.

Utterance one. The following extract of a translated transcript contains an example of distortion of meaning and omission of translation.

Translated transcript: “Mother fucker! I don’t know how to divide it. Divide it and I would lose damn it.”

Proposed alternative translation: Mother fucker! I don’t know how to divide it. I lose (some) when I divide it, damn it. Each time I divide into small portions I lose (some).

Utterance two. This sample contains an example of distortion and non-transference of an idiomatic expression, and also contains unjustified additions.

Translated transcript: “Lose it, God oh God, is it dead?”

Proposed alternative translation: Dividing (it) means losing (some), damn it!

Utterance three. The sample below contains evidence of significant distortion in relation to exophoric referencing. Note the repeated use of the word “thingy.”

Translated transcript: “That one, only thingy a little bit, because the guy thingy, tested a little bit.”

Proposed alternative translation: That one; its smaller because that guy took a little bit to try it.

Translated transcript: “No thingy, he scratched a little bit.”

Proposed alternative translation: Not much at all, just a bit, he/she scraped a bit (off).

Utterance five. The sample below contains examples of significant distortion of meaning.

Translated transcript: “To tell you that bro, these I weighted and they may have been weighted with extra. A little bit extra but (mumbles) I was so tired, damn it.”

Proposed alternative translation: Well, having said that, perhaps I’ll add extra to the weight of these ones. Just a little extra…God, I’m so tired!

Implications of language deficiencies for the judicial system

It is clear from the above examples that the evidence relied upon by the jury can be seen to be misleading and confusing due to the frequency and gravity of errors detected throughout the translation. The research revealed that significant errors of translation are likely to go undetected throughout the trial. A defense barrister interviewed commented that no one really knows whether the translated transcripts are accurate or not because they are rarely checked. Further investigation revealed that the transcripts are seldom checked for accuracy due to a lack of available funding or motivation by the defense to have them checked by a professionally accredited and independent translator.

The upstream problem of significant errors contained in translated transcripts gives rise to a snowballing effect once the transcripts are admitted as evidence. Undetected errors of translation are compounded when expert witnesses provide further opinion of what certain terms contained in the English version mean within the context of the conversation. As in this case, it is often a police officer who is called to give expert opinion evidence relating to the alleged use of drug-related code words. Judges have shown a reluctance to challenge the expertise of police officers called upon as witnesses to testify as to the meaning of drug-related code words and jargon (Moreno, 2006). In the examples provided above there is an increased risk of jurors drawing incorrect inferences based on their understanding of the evidence presented in the form of a translated transcript in English, and particularly having been informed, by an expert witness (police officer), that “thingy” means drugs.

Context is essential to making sense of the intercepted utterances. However, translators and interpreters who had produced translated transcripts commented that they were denied background and intelligence information to help them make sense of what they were translating, for reasons of impartiality and accuracy. The tension experienced by the translator when endeavouring to convey a perception of accuracy in the translated transcript is evident throughout the five sampled utterances above in which meaning is either distorted or lost. Contrasting words/language with sense, Viaggio (1992: 37) emphasizes that intended meaning is reliant upon the sense made of words and language, and states that “Translation, as any other kind of communication, still succeeds as long as sense is conveyed, while it fails completely and inescapably if it is not.”

Examples provided in this article show how translated communication fails due to the non-conveyance of sense, yet the research revealed that there is a widely-held misconception on the part of the courts that literalism equates to accuracy. The examples provided in this article demonstrate that notions of accuracy in relation to translated transcripts have been misguided.

It is argued that in the contemporary security environment, specialized training in transcription of languages other than English for operational and evidentiary purposes, along with formal skills recognition, is needed for interpreters and translators engaged by law enforcement and national security agencies. Deficiencies in training-and-transcription-specific accreditation standards for interpreters and translators who undertake transcription tasks for operational and evidentiary purposes can be attributed to resource limitations. Further research and language policy development within the paradigm of national security can improve the quality of translated transcripts. Until this happens, the courts are likely to remain oblivious to serious errors contained in translated transcripts which are potentially compounded by expert opinion evidence based on incorrect information, the implications of which heighten the risk of innocent people being convicted and the guilty set free.  Effective policy-making in the area of language capability development is required for purposes of individual, societal, national and international security.

[1] Language capability here refers to the sum of Australia’s human resources available to communicate to and from languages other than English (LOTE).

[2] An anaphoric reference is defined as a word or phrase “referring to or replacing a word used earlier in a sentence, to avoid repetition, such as do  in I like it and so do they.”  (See www.oxforddictionaries.com.

[3] An exophoric reference is defined as a word or phrase appearing as a “reference in a text or utterance to something external to it, which is only fully intelligible in terms of information about the extralinguistic situation.” (Ibid).

[David Gilbert, PhD, is Chair of the Vietnamese panel of examiners for the National Accreditation Authority for Translators and Interpreters (NAATI) in Australia. He is also an associate member of the Centre for Global Research at RMIT University.  His research in the area of language capability is backgrounded by operational experience in areas of national security and law enforcement.  David has presented his research findings at interpreter and translator professional development seminars in Australia, the 2015 U.S. National Association of Judiciary Interpreters and Translators (NAJIT) annual conference, the 2015 National Security Australia conference, and at the 2015 International Conference on Evidence Law and Forensic Science.]