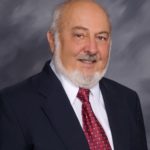 (Editor’s note: This has been reprinted, with permission, from the following publication dated 7/1/16: http://www.irishlegal.com/4673/blog-brexit-and-standard-english/)

As a member of AIIC, I have received an invitation to the General Assembly of EP Permanent and Temporary Staff Interpreters on 6 July 2016 but I will be unable to attend because I am not in Brussels. However, wishing to offer some input into the discussion of the recent UK vote on separation from the EU, I submit this discussion paper.

The EU is reportedly urging the UK to complete withdrawal procedures expeditiously in order to minimize disruption. Meanwhile, there is speculation that English will cease to be an official EU language: http://www.politico.eu/article/english-will-not-be-an-official-eu-language-after-brexit-senior-mep That would be a misfortune for both the EU and the world.
Britain has no monopoly on the English language, which is part of the world’s cultural heritage.

Above all else, what is expected of interpreters by an international audience, and by the other interpreters who may be taking relay into other languages is clarity.

I cannot help reflecting that on the occasions when I have been privileged to work for the EU, training interpreters in the EU Rule of Law Mission in Kosovo organized by the Civilian Office, European Union Special Representative (September, 2009) and interpreting at the 67th EU/US Inter-parliamentary Meeting in Washington D.C. & New York (December, 2009), the language I used was Standard English and knowledge of the dialect of the British Isles was irrelevant.

Regardless of whether England remains a member country, the EU needs English in order to remain what it is today: an intergovernmental organization of global stature representing the values and ideals of European culture, an economic power comparable to the US, and a cornerstone of world order second only to the UN. With the UK gone, the EU will remain all of these things but it would be unrealistic and unfair to ask Ireland or Malta to champion the continued use of English when that position could place them at odds with the survival of their other national languages.

That is how the question appears from a political point of view and it will no doubt be resolved by negotiation. However, the question from a technical-linguistic point of view is somewhat different. English needs to be maintained among the EU languages not out of deference to any particular sovereign state but because for historical reasons it happens to be today’s global lingua franca, the nearest thing the world has at this time to a universal language, and hence an invaluable tool of communication, and an indispensable pivot language in simultaneous interpretation into other languages. That being so, it is pointless to expect Anglophone EU linguists to belong to a particular nationality, especially in view of the fact that nationality is per se a suspect classification in most legal contexts because it lends itself to misuse. More importantly, it would also be counterproductive from the standpoint of interpretation quality.

Interpreting is a form of public speaking, and interpreting for international fora, with participants coming from many different nations and cultures and the output being recorded and eventually broadcast online worldwide, is a form of acting on the world stage. Above all else, what is expected of interpreters by an international audience, and by the other interpreters who may be taking relay into other languages, especially if one’s target language is a lingua franca like English, is clarity. This means cultivating a relatively neutral style of speech unencumbered by strong accents or regionalisms. In this regard, there is no better advice than that offered by a great actress and acting teacher, Uta Hagen:

Hamlet’s advice to the players, ‘Speak the speech, I pray you, as I pronounced it to you, trippingly on the tongue,’ does not make much sense when delivered with New Yorkese distortions. We have heard the comic overtones, the disservice done to the poetry of Christopher Fry and T. S. Eliot, to the tirades of Shaw by drawls and twangs and slurs. Nor is British speech the answer. It places Chekhov, Ibsen, Strindberg or Molière in the heart of England. British speech belongs to our colleagues abroad. If it is demanded by a specific character or the milieu of the play, it can be learned with the relative ease with which other dialects or accents are learned for particular roles. [Hagen, Uta. A Challenge for the Actor. Scribner, New York, 1991. P. 39.]

With or without England, Europe needs English if its voice is to be heard.

[James Nolan, J.D. has served as Deputy Director of the Interpretation, Meetings and Publishing Division of the United Nations, Head of Linguistic and Conference Services of the International Tribunal for the Law of the Sea, Chief of the UN Verbatim Reporting Service, UN Senior Interpreter, and Linguist/Legal Writer with The Garden City Group. A graduate of the School of Translation and Interpretation of the University of Geneva and of New York Law School, he is admitted to the New York bar and accredited by the language services of the United Nations, the European Union, the U.S. State Department and the Canadian Government. Mr. Nolan has 30 years’ experience as a translator, interpreter, language services manager and trainer. He has given lectures, courses and seminars on interpretation and translation at New York University, Glendon College, the University of Ottawa, Marymount Manhattan College, the Monterey Institute of International Studies, Howard University, the Universidad de Belgrano, the University of Wisconsin at Eau Claire, and the University of the Witwatersrand. He is a consultant to the OSCE, the National Center for State Courts, the Canadian Forces Language School and the Canadian Language Industries Association (AILIA). His book Interpretation Techniques and Exercises is used for interpreter training by universities worldwide, by the European Parliament and the OSCE, and is cited as a study reference for the United Nations Interpreters’ Examination.]