18 Apr Analyzing CALCRIM 121: Are Bilingual Jurors “Triers of Fact” or “Triers of Language”? 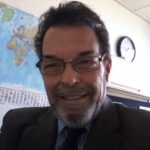 In California’s state courts, when the court anticipates that testimony may be given in a language other than English at trial, it may read CALCRIM (California Criminal Jury Instructions for Judges and Attorneys) Instruction No.121 to the jury, either before the witness testifies or, if the instruction is modified, before the case is handed to the jury for deliberations. The instruction states:

An interpreter will provide a translation for you at the time the testimony is given. You must rely on the translation provided by the interpreter, even if you understand the language spoken by the witness. Do not retranslate any testimony for other jurors. If you believe the court interpreter translated testimony incorrectly, let me know immediately by writing a note and giving it to the (clerk/ bailiff). [Judicial Council of California Criminal Jury Instructions (2013)]

This jury instruction has prompted many court interpreters to express strong disapproval. The objections raised have been fueled by the verbiage contained in this instruction which, when isolated from its content, seemingly authorizes the jury to monitor our level of accuracy and to question our judgment when interpreting at the witness stand. Those concerned contend that allowing jurors to challenge our skills based on a juror’s “belief” could undermine the value of our qualifications and our official role in the judicial process, arguments that deserve adequate discussion. However, prior to determining their merits, the substance of the instruction rather than the form must be analyzed. Only then will we be able to determine either if we are being monitored or if the instruction attempts to preserve the integrity of the jury.

Initially, it should be noted that this instruction concerns jurors who “understand” the language spoken by the witness and are capable of “retranslating” the English interpretation of testimony given in a foreign language to other jurors. It addresses only those jurors who, based on their knowledge of a foreign language, may tend to disagree with the official interpretation of testimony, and possibly reject it in favor of their own version.

When such bilingual jurors are present in a jury pool, concerns over their ability to set aside their own understanding of what a non-English speaker has testified to in favor of the official English interpretation are usually addressed in voir dire by asking for a promise to adhere to the English rendition of testimony provided by the court interpreter. A juror who was reluctant to promise could be challenged for cause. Notwithstanding the promises made during voir dire, however, implicit misgivings remain as to whether bilingual jurors can voluntarily disregard what they believe to be interpreting errors and not consider them in their own deliberations. 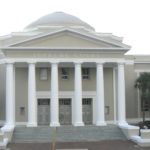 Bilingual jurors do not operate on a level playing ¬field with jurors who speak only English because they have the ability to hear a witness’s testimony twice.

Fundamental tenets of justice underscore the purpose of this instruction. First, fairness requires that all jurors consider the same evidence, and each side must be assured that the evidence they have presented is in fact the evidence that is being considered by all the jurors. CALCRIM Instruction No.101 cautions the jury: “It is unfair to the parties if you receive additional information from any other source because that information may be unreliable or irrelevant. Your verdict must be based only on the evidence presented during trial in this court….” [CALCRIM No.101, Cautionary Admonitions: Jury Conduct (Before, or After Jury is Selected) (2013)] This mandate requires all jurors to consider the officially interpreted sworn testimony as the only evidence received from that witness.

Second, the record of the proceedings is preserved only in the English language, and it is this recorded testimony that constitutes the official record of the verbal evidence in the case. As testimony given in a language other than English is not recorded, and only the official interpretation is evidence, allowing a bilingual juror to introduce his or her own unofficial, inadmissible interpretation during deliberations for other members of the jury can taint the integrity of the record, as well as prejudice the jury.

Bilingual jurors do not operate on a level playing -field with jurors who speak only English because they have the ability to hear a witness’s testimony twice. While the English-speaking jurors wait for the English interpretation of the witness’s testimony, the bilingual juror has the ability to appreciate and reflect on nuances of language not readily understood by the English speaker. After hearing both renditions, the bilingual juror has the opportunity to decide which version to accept or reject, notwithstanding the rule that the actual oral response cannot be regarded as evidence.

CALCRIM No.121 attempts to repress the natural tendency of bilingual jurors to interpret for themselves original answers given by a witness in a language they understand. It affirms the juror’s duty to “rely on the translation provided by the interpreter.” The juror must trust, depend on, and place full confidence¬ in the official interpretation, and treat the witness’s testimony as if the witness had spoken English with no interpreter present.

CALCRIM No.121 is based on People v. Cabrera, 230 Cal. App. 3d 300, 303-04 (1991). In that case, the defendant was convicted of committing lewd acts upon his stepdaughter. (Id. at 302). After his conviction, defense counsel learned that a juror had expressed disagreement during deliberations with the English interpretation of defendant’s testimony given in Spanish. The juror informed other jurors that defendant testified he had “pushed” his stepdaughter when attempting to get her to do her chores, rather than “touched” her, as his testimony had been interpreted. (Id. at 302). Defendant brought a challenge based on alleged jury’s misconduct in a motion seeking a new trial. The motion was denied, and the defendant appealed. (Id. at p.303)..

On appeal, the defendant did not raise the issue of the accuracy of the interpretation. Instead, the defendant objected to the juror’s conduct during deliberations, framing this issue as follows: “Did a juror commit misconduct in [reinterpreting] for other jurors a portion of testimony as [interpreted] by the court interpreter?” (Id. at p 304)

The court held that the juror “committed misconduct by failing to rely on the court interpreter’s [interpretation] as she promised she would during voir dire.” (Id. at p.305.) It also held that “the juror committed further misconduct by sharing her personal translation with her fellow jurors, thus introducing outside evidence into their deliberations.” (Id. At 305.) In its ruling, the court stated: “If [the juror] believed the court interpreter was [interpreting] incorrectly, the proper course of action would have been to call the matter to the trial court’s attention, not take it upon herself to provide her fellow jurors with the “correct” [interpretation].” (Id. at p.305.)

CALCRIM No.121 adopts the language of Cabrera almost verbatim, telling the jurors on behalf of the judge: “If you believe the court interpreter translated testimony incorrectly, let me know immediately by writing a note and giving it to the (clerk/bailiff).”

The intended function of the instruction is to discover any disagreements a juror may have with the interpretation so that any dispute can be resolved by the court prior to deliberations. As written, however, the instruction may lead bilingual jurors to conclude that they are expected to determine if the court interpreter has rendered an accurate interpretation of the testimony. This conclusion presents the opportunity for jurors to launch unnecessary challenges against the court experts in language at the risk of minimizing their responsibility to rely on the official interpretation.

If this practice were to become common, other dangers could be anticipated. Confidence in the reliability of the court interpreter’s role to provide equal access to justice for those who are unable to communicate in the English language could be undermined. Because litigants and witnesses depend on the interpreter to understand what is being said, a relationship of trust is created that should be protected at all costs. It is necessary for others as well to feel confident that they can rely on the accuracy and expertise of the interpreter. For example, in order for defendants to effectively assist their attorneys in their own defense, they must trust that the interpretation of the proceedings is accurate and complete.

If the juror’s note is not handled properly, the attention could focus on the interpreter’s performance rather than addressing a juror’s disagreement. A natural inquiry would be: has the interpreter affected the testimony by committing an error or mistake? The parties could also raise concerns about the competency, levels of accuracy, and qualifications possessed by the interpreter, using these issues as the basis to challenge the testimony or the interpretation of it.

Although these questions may ultimately be the subject of judicial inquiry, they are not appropriately raised by the juror’s note. After receiving a Cabrera note, the court should only consider any alleged discrepancies or inaccuracies in the interpretation that was provided in court. Once that determination is made, the parties should have the assurance that the jurors will base their decision solely upon the interpretation accepted by the court, even if a question remains in a bilingual juror’s mind as to its accuracy.

[Joel Rubert, J.D., is a certified court interpreter at the Orange County Superior Court. He can be reached at jerubertjd@gmail.com.]